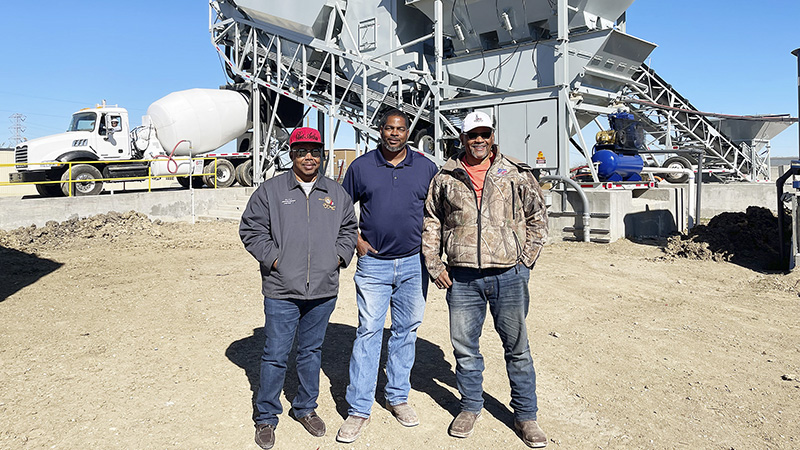 A concrete company created by an NFL player from Port Arthur and a multitude of local businesspeople is days away from opening to the public.

“We’re actually commissioning the plant now, and technically we could be selling concrete now,” said business partner Roosevelt Perry. “But we’re not ready, so we’re going through training, getting the kinks out and we’re still doing some construction work. We’re doing some test pours and we’re pouring concrete throughout the plant.”

Businessman Artrell McCullar and Lawrence Richard, who is retired from Jefferson County having worked with roads and bridges; are also part of the group.

Spindeltop Concrete sits of five of 20 acres that will ultimately include an asphalt plant and concrete crushing plant.

As of now, the concrete plant is well into staff training. 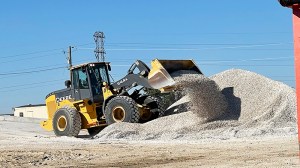 Employees of Spindletop Concrete work through training prior to the Dec. 9 grand opening. (Monique Batson/The News)

“We’re not open yet, but we’re training our staff,” Carl Parker said. “I didn’t know how hard making concrete was. It’s all done on a computer.”

On Tuesday, 10 employees and various shareholders worked around the plant while District 2 Councilman Cal Jones was on site. The company is in his district.

Jones said he was “just hanging out,” but Roosevelt was quick to correct that.

“He’s been more than just hanging out,” Roosevelt said. “He’s been a tremendous help. He’s been extremely supportive. It’s been a challenge going through the pandemic, but he’s been keeping people motivated and keeping us excited about it. And lending a hand. He’s even taken a broom and swept up stuff.”

Another key person on site is Knolly Gerard, who oversees a large amount of the training.

“Being around him, the stuff that we do — it just makes an old man feel young again,” Roosevelt said of Gerard. “It’s exciting to learn all the different parts of this plant and how it works. When people say ‘God sent’ or ‘a blessing,’ he truly is God sent and truly is a blessing to us.”

The plant’s grand opening is set for Dec. 9 from 10 a.m. to 2 p.m. Roberts is also expected to be in attendance.

“It’s open to anybody that wants to buy concrete,” Roosevelt said with a laugh. “Potential customers, elected officials — we’re inviting all of those people. (It) is pretty much open to the public. Just because someone isn’t buying concrete today, doesn’t mean they won’t in the future. We want everyone to look and see what we’ve got going on, and we can be an encouragement for up-and-coming businesses.”

Spindletop Concrete plans to employ 20 drivers, a front-end load operator and a full-time diesel mechanic to its staff in the near future.