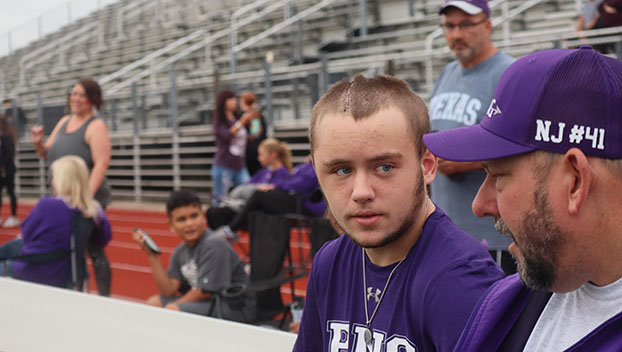 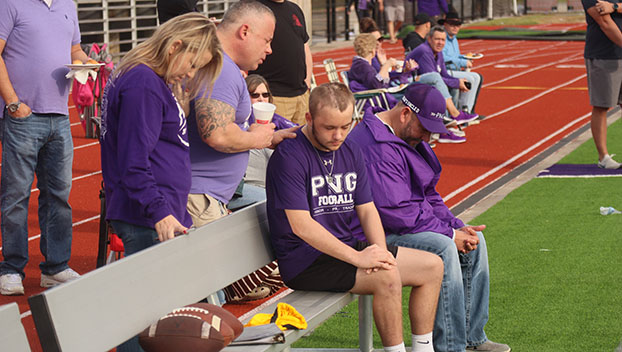 Members of the community took time to talk with him and welcome him back after recovering in a Houston hospital for more than a month after a brain injury suffered during a junior varsity football game in October.

After the practice, Jackson spoke with players and coaches and told them he would be watching the game from home Friday.

PNG travels out of state to take on Texas High School at Northwestern State University in Louisiana for a third round playoff matchup.

SEE MORE VIDEO & PHOTOS: Noah Jackson on community support: “It feels great to be back home.” 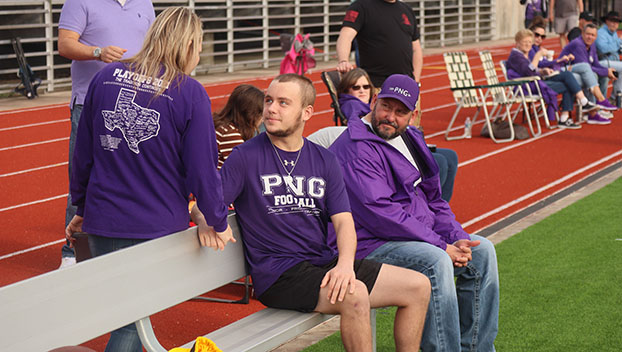