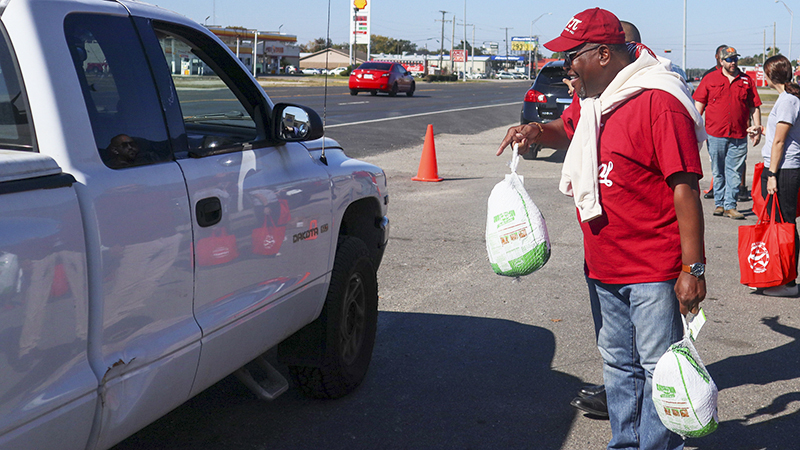 Dozens of volunteers spent their morning Monday handing out 500 turkeys in front of Mike’s Furniture on Memorial Boulevard in Port Arthur.

The event has been a tradition for four years, according to store owner Faddi Aref.

“Being from Port Arthur, I just wanted to give back to the community,” Aref said.

“While 250 is a lot, we just saw a greater need,” he said. “We bumped it up to 500, and we also do 500 bags of side items like mashed potatoes, mac and cheese and other stuff. We also have bags with paper towels, body wash and laundry detergent.”

Aref said he feels blessed to be able to give back.

“It is Thanksgiving,” he said. “There is somebody that might not be able to have a turkey on their table for Thanksgiving. Being able to do that, for me and my family, is huge. Seeing people drive off with a smile on their face is great. Mike’s Furniture has been open since the 90s, so we are very thankful for the members of our community. We are just paying it back.” 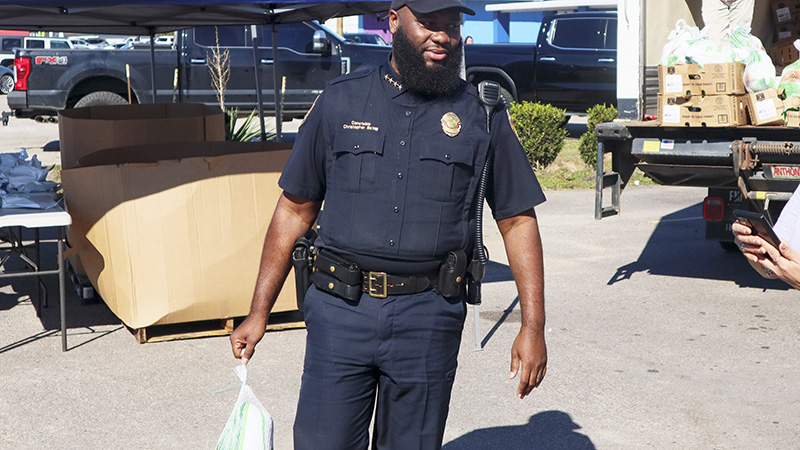 “I have been doing this for three years,” he said.

“I have been helping to get the word out. Being able to give back to the community and seeing business come together is so important. It lets them know that they appreciate the business they do with them and it helps put food on the table. It is a humbling feeling to be a part of something like this.”

Bates said he was encouraged to see how many volunteers showed up to help.

“A lot of times you see people coming in the line, but it takes a lot of work behind the scenes. A lot goes into it. People are volunteering their time. It is important to recognize them, too, because they could be doing something else as well with their family. We thank them for helping out.” 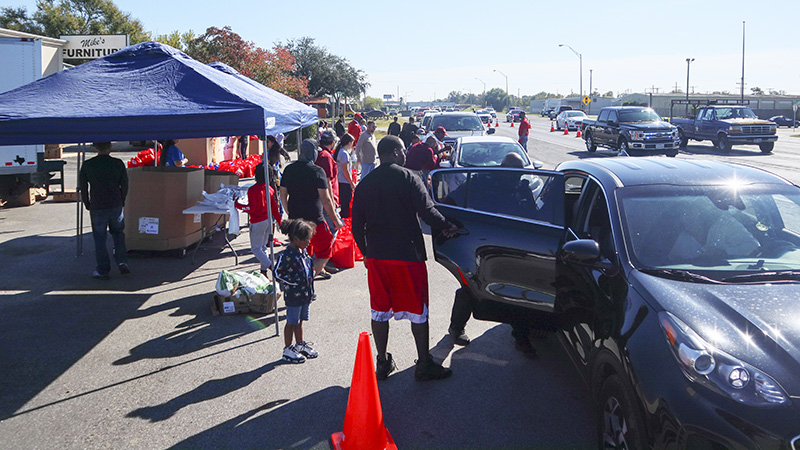