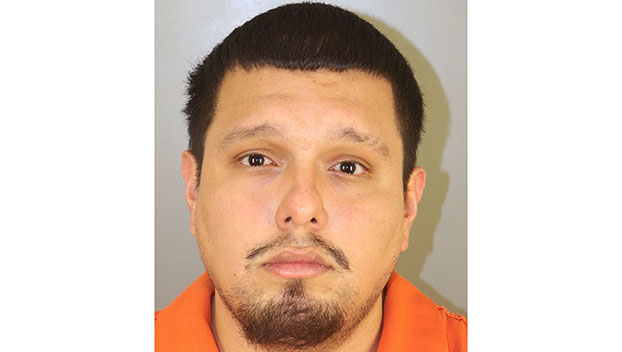 A 27-year-old Groves man who allegedly entered a convenience store armed with a large knife attempted to rob the clerk for money for a child support payment, authorities said.

He was indicted last week.

Groves police were called at approximately 1:37 p.m. Aug. 30 to Super Stop at 2600 Main Avenue, where the manager said a man with a large knife attempted to rob him and his business.

A customer had come into the store during the robbery, and the manager was reportedly able to talk the suspect into leaving without any money being taken.

The robbery was captured by store security video.

Police began to piece together information on the possible suspect, saying he was wearing a black, red and white hoodie with a unique design, a blue bandana over his face and a tan and brown hat. Although the suspect attempted to hide his identity, the store manager recognized him as a frequent customer who lived nearby.

On Aug. 31, a Crime Stoppers tip was received by the Groves Police identifying the accused as Mauro Danilo Suazo Jr., 27, of Groves.

Police then went to the man’s home, where he reportedly invited officers inside and volunteered to show them his clothing.

The items were seized as evidence, and the man made a statement about his involvement in the robbery, saying he attempted robbing the store with a knife taken from his kitchen and he was trying to get money for an upcoming child support payment.

Suazo was arrested and remains in the Jefferson County Correctional Facility on a $30,000 bond.

The indictment for aggravated robbery was handed down this week by a Jefferson County grand jury.