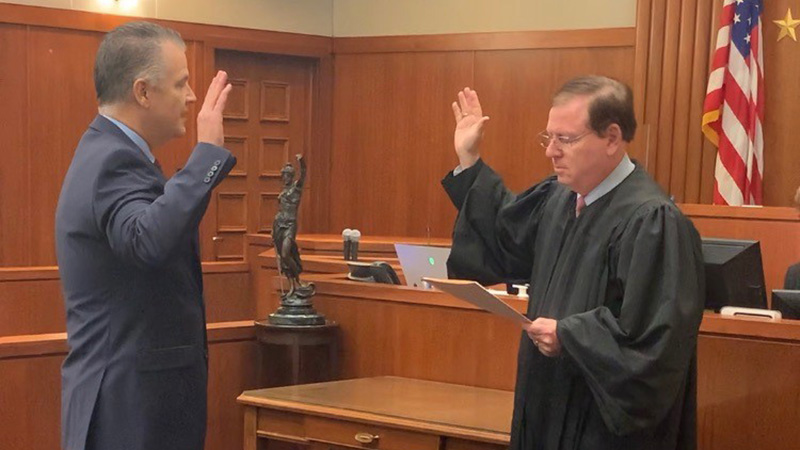 BEAUMONT — The newly appointed United States Attorney for the Eastern District of Texas can trace his roots to patrolling the streets of Port Arthur.

Brit Featherston, 61, of Lumberton was recently appointed to the position by Attorney General Merrick Garland and took the oath of office from Chief U.S. District Judge Rodney Gilstrap, according to information from the U.S. Attorney’s Office. 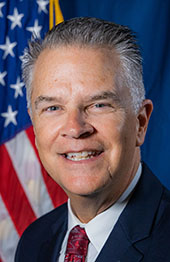 Judge Kent Walston of the 58th District Court said Featherston was his partner when they worked as police officers in Port Arthur.

Walston joined the police department after he came out of the Navy in 1983 and served until 1990. Featherston, he said, joined a few years prior to him.

Walston believes Featherston is the right person for the United States Attorney’s office, citing his experience and knowledge.

He said it’s interesting to look back, saying that at 23 he didn’t think they would be in the jobs they are now in.

Former Federal Magistrate Judge Keith Giblin, now working as executive assistant district attorney under Bob Wortham, said he and Featherston are close and have known each other for 30 years.

Giblin ticked off a list of the U.S. Attorney’s accomplishments from starting off as an EMT then a police officer, assistant district attorney on up to serving as Justice Attaché for the U.S. Embassy in Kabul, Afghanistan.

“He’s a prosecutor’s prosecutor,” Giblin said. “I can’t say enough good about him.”

On a personal level, he said Featherston is known to do the right thing, is active in the community and his church.

In a prepared statement, Featherston said “This is my home; serving and protecting the great citizens of East Texas has been my priority for a long time and it will continue into the future.”

“I am blessed to work with a dedicated team of professionals who make it their daily mission to protect the citizens of this great country,’” he said. “I also look forward to jointly working with our law enforcement partners who bravely protect our communities every day.”

Featherston is the chief federal law enforcement official in the Eastern District of Texas, which includes 43 counties stretching from the Oklahoma border to the Gulf of Mexico. The district includes six fully staffed offices in Beaumont, Plano, Tyler, Sherman, Texarkana, and Lufkin with 120 employees, including 60 prosecutors.  Featherston is responsible for the prosecution of federal criminal offenses in the district and will represent the United States in all civil litigation in the district.

In January 2018, Featherston became the Justice Attaché for the U.S. Embassy in Kabul, Afghanistan. In addition to prosecuting high-profile cases such as the dragging death of James Byrd Jr., in Jasper County, Featherston has been instrumental in crisis management operations during numerous Southeast Texas hurricanes, as well as assisting in the establishment of a command post and the investigation and prosecution of crimes related to the space shuttle crash in 2003 in Lufkin, according to information from the U.S. attorney’s office.

When Featherston took the oath of office he had former United States Attorney Malcolm Bales and his brother, Tom Featherston, by his side.

His wife, Amy, and son, Ben, joined the ceremony by video from Texas Children’s Hospital in Houston where Ben has been in ICU since Sep. 30 recovering from a sudden illness. Ben is a freshman at the University of Texas at Austin and daughter, Anna, is a senior at Texas A&M University in College Station.