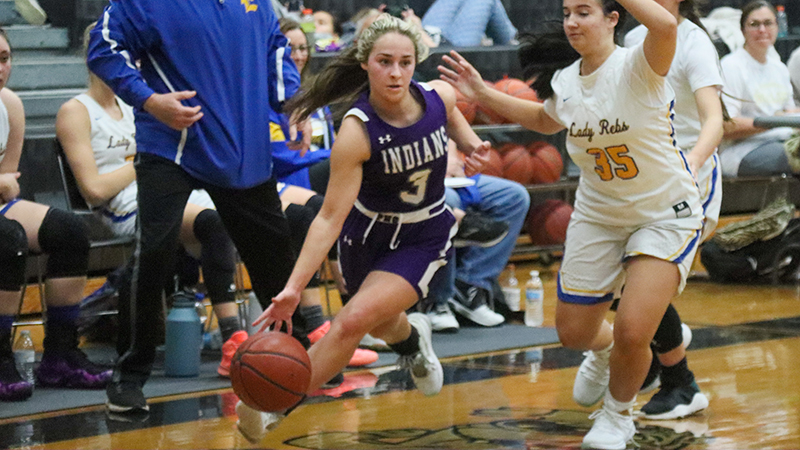 PORT NECHES — Port Neches-Groves basketball players are leaning on the experience of returning players as the young team finds its footing.

JaKeyla McDaniel returns for the Indians after earning honorable mention for all district last year.

“We are excited,” McDaniel said. “We think this season is going to be really good with all of us being together. We are just happy to be back on the court.”

McDaniel said she is excited to participate in tournaments this year after all tournament play was cancelled last season due to COVID restrictions.

“Tournaments bring the team closer together,” she said. 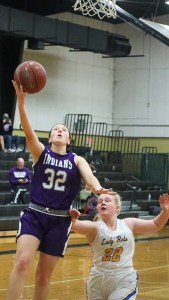 Head Coach Lance Robertson returns for his second season as the leader of the girls squad.

“We are very excited about this year,” Robertson said. “We have a lot of returners coming back. We are ready to get into district and show people what we are made of.”

Robertson set practice times for 6 a.m. followed by practice during the team’s athletic period in the afternoon to help simulate playing in a tournament.

“I explained that we play at Nederland at 8 a.m. and then turn around and play at 3 p.m. It is the same as our two practices,” he said. “The Nederland tournament is always exciting. You get the chance to possibly meet up with Nederland before district. Sometimes it is good and some times it is bad. All three tournaments we go to, we play against quality teams, so we are looking forward to that.” 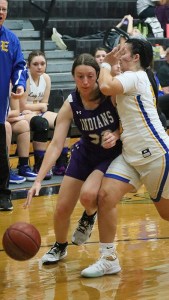 PNG’s Jessica James gets fouled on her way to the rim. Chris Moore/The News

Fellow senior Kallie Cowart, who will line up in the paint for PNG, joins McDaniel as a returning starter.

“It feels good to be back,” Cowart said. “I think we can be better than we were last year. I think that we can finish some goals for senior year. I think we really improved on our defense. In the offseason, I think we strived to get better there and work together as a team.”

The Indians have started the season 0-2, but Cowart is not deterred.

“I think we can get a little shaky when we first step on the court,” she said. “We slow down a little bit, but when we get steady, we are pretty good.”

The Indians are participating in the Bulldog tournament at Nederland High School.