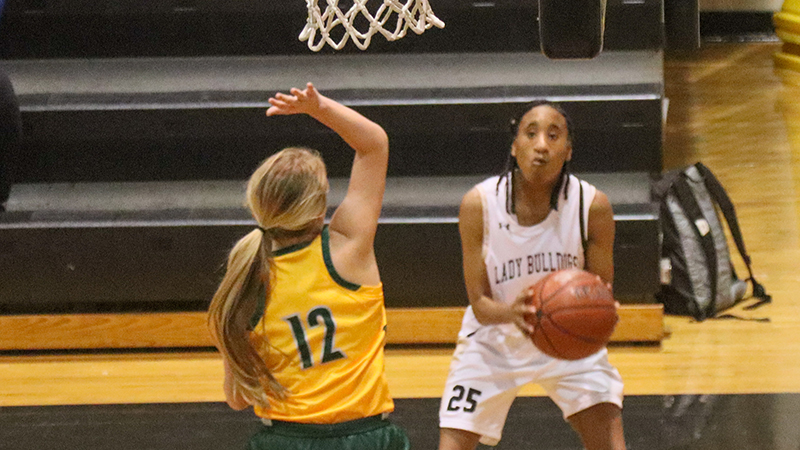 NEDERLAND — Nederland and Port Neches-Groves girls basketball teams took the floor twice in the Bulldog Tournament, which tipped off Thursday.

The Bulldogs finished the day with 2-0, while the Indians fell to 0-2.

High school teams were not allowed to compete in tournaments last season due to COVID-19 restrictions.

Nederland Head Coach Jody Walker was happy to finally start the tournament, which runs through Saturday.

“I feel like it is off to a great start,” he said.

“You are always nervous when you are hosting a tournament. You want to make sure everyone has what they need and shows up. After the ball is tipped for the first game, it plays itself out.” 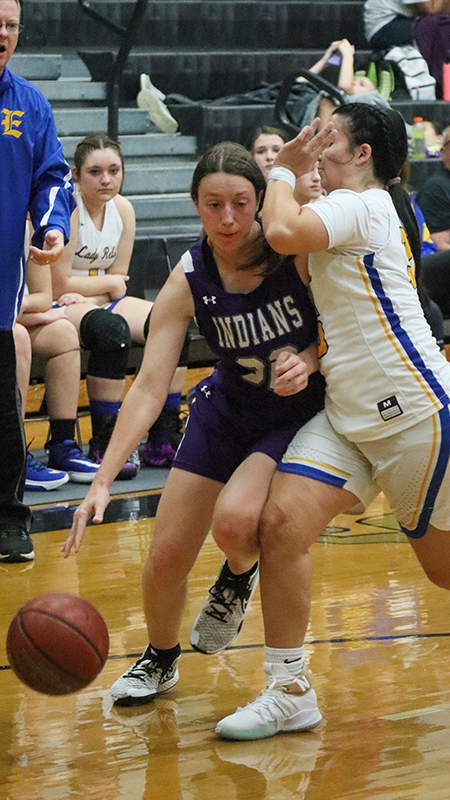 PNG’s Jessica James gets fouled on her way to the rim. (Chris Moore/The News)

Walker said he is proud of his players for finding ways to win despite being without one of their leaders.

“We had our point guard out today,” he said. “She was at a leadership conference. It was a chance for our team to get better. They realized that they could do it. The first game was at 8 a.m., so they were a little sluggish. The second game they played hard and communicated well on defense and got the ball to go in a couple of times.”

For PNG, getting the ball to go in was more of a challenge, according to Indians’ Head Coach Lance Robertson.

“We are competing tough, but we are finding it tough to put the ball in the basket right now,” he said.

“We played West Brook in the first game and they are undefeated right now and won the last tournament. Evadale (the second opponent) has a lot of talent. We are struggling to score. Jessica James did a great job, but we have to give her some help.” 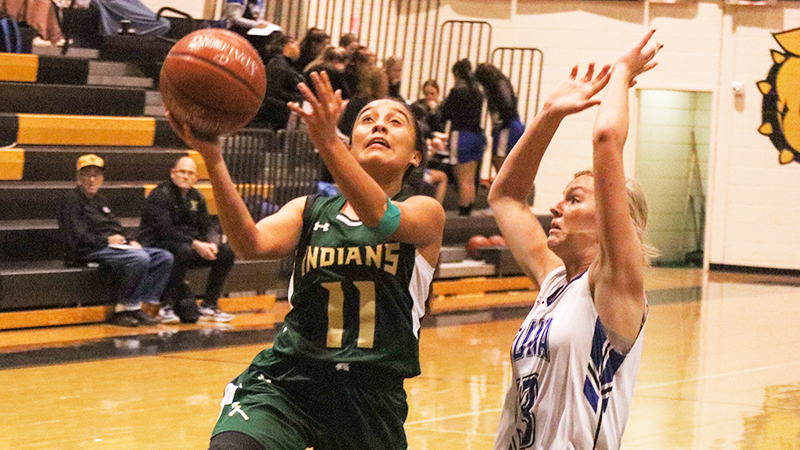 A Santa Fe point guard goes for a layup during the Bulldog Tournament. (Chris Moore/The News)

Thursday and Friday games determine seeding, and the teams will separate into two brackets for Saturday with the final game being played around 5 p.m. at Nederland High School.

PNG and Nederland will be back in action Friday. 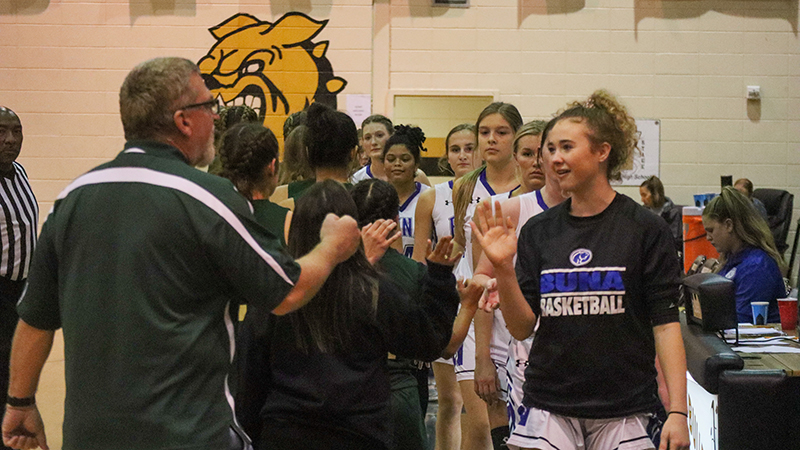 Players and coaches from Santa Fe and Buna shake hands after their game. (Chris Moore/The News)