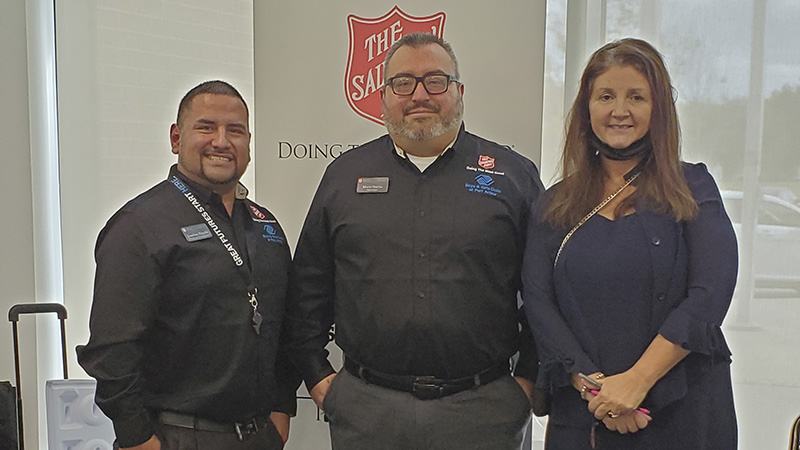 The Salvation Army’s Port Arthur building may have been lost with Hurricane Harvey four years ago but that doesn’t mean they haven’t been active in the community with their Boys & Girl Club partnership.

And while the social services were halted during this time, officials are looking to bring them back.

Their partnership with the Boys & Girls Club is strong at Sam Houston Elementary School, where they have an office. The enrollment in the program is at about 60 students with an average daily attendance of 55.

Principal Marcia Sharp remembers when the partnership began. At that time, in 2006, she was assistant principal and would stay late with students until parents picked them up.

“We used to have this letter, if this is a trend or a pattern, we’ll have to notify the appropriate authorities,” Sharp said. “I just didn’t want to give that letter to the parents. I found that the Salvation Army had a wholesome place and it was so affordable. I think was $25 a month (at that time).”

With this, students could stay until 7 p.m. and do homework, take part in some activities and also receive a snack, so she changed the letter to say “if you are having problems coming to pick them up at 3:25 p.m., let’s talk to the Salvation Army,” she said.

After Harvey hit and the Salvation Army lost its building, she gave them space at the school and a partnership was solidified.

The program has been a big help with students. Through research and assessment, educators learned students got behind in their studies during COVID. Plus there are parents who have to work late and can’t help children with homework.

That’s where the Boys & Girls Club helps out, by providing a power hour to support students with homework and enrichment activities and allows for exercise.

“Taking care of the whole child,” Sharp said, adding the school, which has 722 students enrolled, offers a number of clubs, as well, such as a gardening club and an art club.

This week the board of the Salvation Army met for the first time since Harvey. 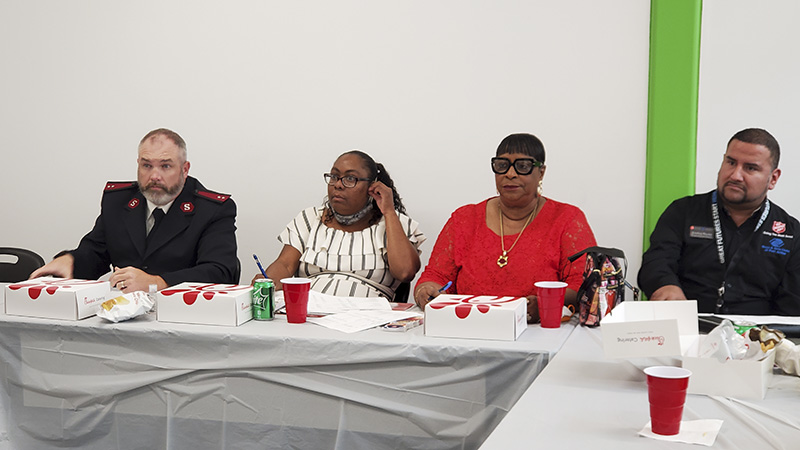 One part of the expansion is adding Thomas Jefferson Middle School to the program. The reason, he said, is students from Sam Houston feed into TJMS, so students who are already members can participate as they move on.

Later they would like to add Memorial High School.

“It’s a great safe place for kids to go. There’s that question, where are your kids between the hours of 3 and 6 p.m.,” Watson said, adding that for kids under the age of 18, if they do get in trouble it’s between those hours. “So we want to make sure we have a safe place for them to go.”

Bring the Salvation Army back to the city

Watson said they would be looking for new board members for the Salvation Army.

“We think the future is bright, and the Boys & Girls Club has a lot to do with it,” Watson said. “And we’re just looking to help out as many kids and families as we can right now and also get our board running to help be our legs and tentacles in the streets.”

Social services such as rent assistance was one of a number of services the Salvation Army offered in Port Arthur pre-Harvey. That will return, though there is no date scheduled at this time.

The Salvation Army Red Kettle Campaign will begin after Thanksgiving and soon they will be seen at local Walmarts, Walgreens, Market Basket and maybe even outside Big Lots, Watson said.

The Angel Tree program is also underway and actively running.