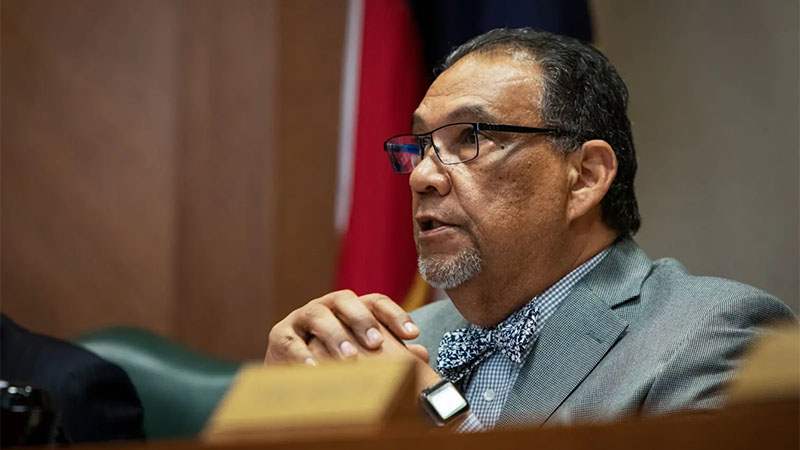 Port Arthur Mayor Thurman Bartie said he was sad Wednesday morning after learning longtime State Rep. Joe Deshotel would not be seeking reelection when his term ends in 2022.

Bartie made clear he was happy Deshotel could focus on other things in his life ahead, adding his misgivings were only about losing Deshotel’s effectiveness and voice in local, state and national matters.

“We certainly appreciate his almost 30 years of public service,” Bartie told Port Arthur Newsmedia. “His seniority in the Texas Legislature, his networking ability around the country with other legislators from different states were a benefit. We will be minus that in Port Arthur, in particular. I am sad, actually, by learning this.”

In a prepared statement Tuesday, Deshotel said he needed more time for himself to spend with those he loves. He also stressed he was engaged and would soon be welcoming his first grandson.

Bartie said he has worked with Deshotel since the early 1990s, adding the former Beaumont City Councilman and current 23-year member of the state legislature has been a tremendous representative for Port Arthur and beyond.

Deshotel and Bartie recently shared a table at the Democratic Party Gala.

“I appreciate what he has done and I really wish he would continue,” Bartie conceded, before adding he would do all he could to support the next 22nd Legislative District representative.

The following is the statement released by Joe Deshotel’s office:

I want to thank all the thousands of people that have supported me through the past 23 years and gave me the distinct honor of representing them in the Texas House Representatives. I hope that I have made things better for my community and state.

I remember when Al Price announced that he was retiring after recently winning the primary election leading to a 12th term. I asked myself how someone could give up such an honor and opportunity as serving in the Texas Legislature. I have a clearer perspective now.

So, after over half my life in some sort of public service, I need some time to myself and with those I love. I have met a most wonderful woman with whom I am engaged and love with all my heart. By the time the next legislative session begins we will be newlyweds starting our life together. I will also have my first grandson by then. I have quite of a bit of life changing blessings to look forward to and on which to focus my energy.

Jefferson County is blessed with many talented young leaders, so there is no shortage of qualified persons to represent District 22. It is time to get out of the way and allow the younger generation with their energy and fire to have this honor and responsibility. I want to publicly thank Christian Manuel, Melissa Quevedo and Jackie Savoy, for without their tireless service and loyalty, I would not have had the successes I enjoyed.

Be assured I did not make this decision without much thought and prayer, for it has been the experience of a lifetime. I will never forget when I returned home from being chosen by the precinct chairs of District 22, to be placed unopposed on the November 1998 ballot 23 years ago. I sat alone and cried, trying to comprehend the awesome honor and responsibility that was just bestowed upon me. As I did then, tears are shed as I return it back to the people that entrusted it to me.

I clearly recall a press conference held by my friend Sylvester Turner, announcing he would not seek reelection after 26 years in office. He said, “the best time to leave is when you are still at the top of your game, you still want to stay and the people you serve still want you to stay. That’s the best time to wave goodbye!”

Thank you all from the bottom of my heart!