Man breaks into Cowboy Powersports, steals ATV & rode it to break into another business 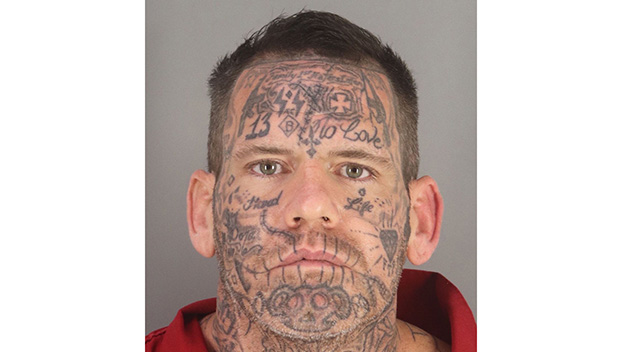 A transient identified only as “a white male with tattoos on his face” has been charged with allegedly breaking into two Beaumont businesses, one of which where the clerk was attacked with a hammer.

Brian Ballard, 37, was arrested Tuesday following a 3:45 a.m. break in at Red Roof Inn, 2310 Interstate 10 South. According to information from Officer Carol Riley with the Beaumont Police Department, a man had broken into the lobby and attempted to attack the clerk with a hammer.

BPD later linked the suspect to an earlier burglary at Cowboy Powersports, where an ATV and hammer were taken. Police said he left on the ATV and went to the nearby hotel.

“The clerk electronically locked the glass lobby doors and (the suspect) broke them with the hammer,” Riley said in a written report.

The clerk locked herself in a back office.

Ballard, who was charged with aggravated assault and two counts of burglary, remained in the Jefferson County jail Wednesday afternoon on bonds totaling $777,000.