LISTEN & SEE: Veterans celebrated for ensuring “we keep those freedoms” 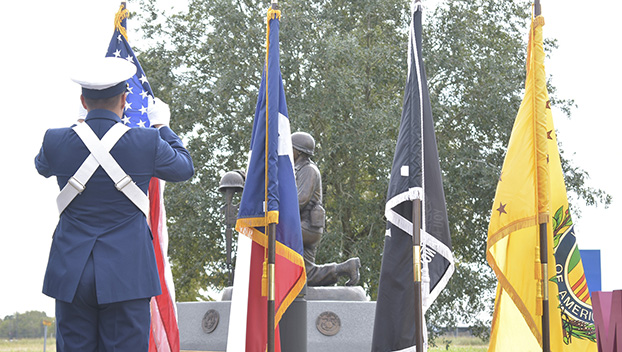 It was almost as if the Universe knew Thursday was a day to be thankful.

What began as a rainy morning cleared just in time for the sun to brighten the multitude of flags posted in front of the Ben J. Rogers Regional Visitors Center for its annual Veterans Day celebration.

What began in 2009 with the dedication of the All Veterans Memorial Monument, this week was a crowd filled with active service members, veterans, county leaders and community members united for one purpose.

“The reason this is important is to thank our veterans for the service that they have made to keep our freedoms and to make sure we stay free,” said Kathi Hughes, director of the center.

“We need to remember that we live in a country where we have rights and freedoms, and so many men and women have served our great country to ensure we keep those freedoms.” 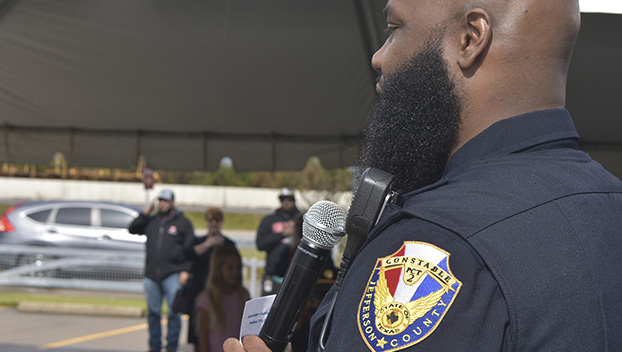 The ceremony began with the Presentation of Colors by the U.S. Coast Guard Marine Safety Unit of Port Arthur, followed by the National Anthem sang by Constable Christopher Bates.

The Port Arthur native not only serves the county but is also a member of the Young Men –N- Christ gospel singing group and the Minister of Music at New Pilgrim Missionary Baptist Church.

Brian Shajari with the U.S. Coast Guard played the bagpipes.

And Seth Wells, of Beaumont, served as the guest speaker.

Wells gave a moving description of his life before, during and after his service in the U.S. Navy. The decorated veteran now serves as the Executive Director of the RISE Center for Independent Living, a center for independent living that serves Southeast Texans with disabilities.

The ceremony was followed with a reception.

“It was wonderful to just be outside, socially distanced, just spend time together and show our appreciation,” Hughes said.

According to the U.S. Department of Veterans Affairs, there are 1.7 million veterans in Texas alone. Currently in the U.S., there are 2.2 million active service members.

“We need to remember what they gave,” Hughes said, “and we don’t need to take that for granted.” 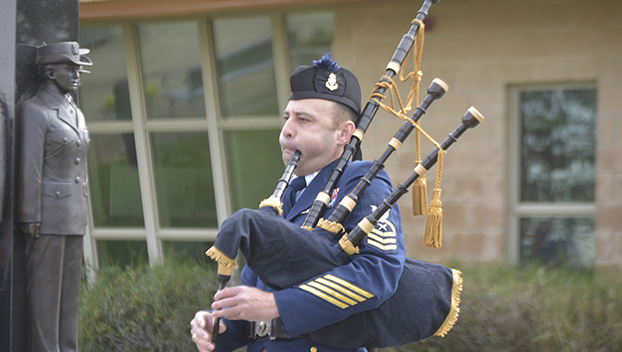