PNG has first-round upset mindset: “We feel like we can play with anybody any Friday night” 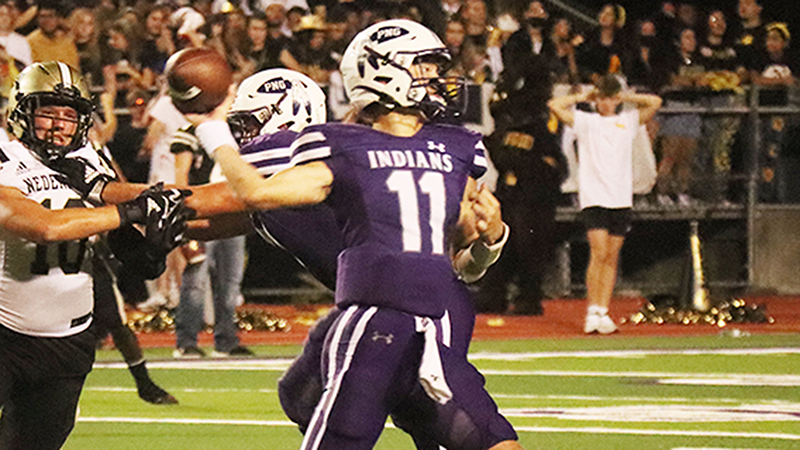 PORT NECHES — Many players on Port Neches-Groves are no strangers to playing the underdog role in the opening round of the playoffs.

Last year, the Indians earned the fourth seed and took a road trip to Missouri City to take on a talented Fort Bend Marshall squad. With ball control, PNG narrowly missed one of the biggest playoff upsets of the year in a 14-21 loss.

This season, PNG enters the playoffs as the No. 3 seed with another shot to upset a home team favorite in Galena Park.

“This season, we reaped the benefits of playing a tough non-district and district schedule,” he said. “We also played a tough playoff game last year. We just barely came up short. We feel like we can play with anybody any Friday night.”

Faircloth also said he wants his team to keep the moment in perspective and appreciate the opportunity to play in the postseason.

“There is a fine line there and we want to enjoy it,” he said. “We want them to have fun because not everyone gets in the playoffs. We have been very blessed to make it 12 out of the 13 years I have been here, and this is our ninth consecutive year. Not everyone can say that. We want them to enjoy this week. A lot of teams already turned in their equipment.”

The Indians played in several close games this season and logged a couple of games where they overcame double-digit deficits.

“That really benefits your team and the confidence it gives them,” Faircloth said. “They know that no matter what is going on, they are going to stay the course, believe in the plan and play the next play. Once they find success in that, they know they can overcome.”

The junior said he feels fairly confident heading into the contest.

“I just take every day at practice like it is the most important day of the season,” he said. “I try to focus more and step up. Starting out the season, I knew I wasn’t too good. I just flipped the switch after the Nederland game, and we have gotten a lot better.”

Crippen said the team buys into the underdog role.

“We have been that way all season,” he said. “Coming into the playoffs, I feel like the team is ready for it. We will show them how we really play.”

Crippen said the team’s close games this season have prepared PNG for a playoff atmosphere.

“Our coaches have been putting it in our heads every day just how important each game is,” he said.

Crippen will have to navigate a tough Galena Park’s defense that shutout four teams in district play this season.

The Yellowjackets’ only district loss came at the hands of Fort Bend Marshall, which went on to win the district.