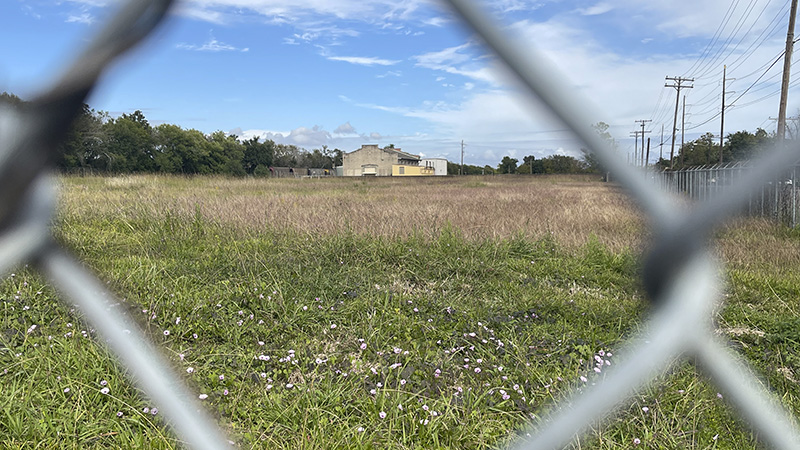 Plans to build a new animal shelter in Port Arthur are now up in the air due to what’s underground.

Assistant City Manager Pamela Langford addressed City Council this week regarding issues with the land at 1401 19th St., which was chosen in 2019.

The empty lot previously housed a water treatment facility that was demolished in 2014 using funds received from Hurricane Ike. However, a needs assessment study this year revealed approximately four 10-feet concrete walls were buried under 2 feet of dirt.

The explanation was given at the request of Councilman Thomas Kinlaw III, who put the item on this week’s agenda following a previous council meeting when potential problems with a new animal shelter were mentioned but not detailed.

“I wasn’t aware that we had any miscues with possibly this project not happening until the city manager stated in the last meeting that we may have some hiccups with a 10-foot wall on site,” Kinlaw said. “I think it’s imperative that we be transparent with the citizens and the council…and I hope we can highlight (it), because we promised the people — the citizens — about these projects.”

Langford said in late September, at the request of Mayor Pro Tem Donald Frank, staff provided council with the status of capital improvement projects budgeted for the current fiscal year, which included using $9.9 million of $32.9 million to relocate the animal shelter and Public Health Department.

Of that amount, it was estimated in 2019 that building a new shelter would cost $2.7 million.

Langford explained this week that in May, council approved hiring PGAL, an architecture firm from Houston, to perform a needs assessment for the proposed shelter.

“Needs assessment helps uncover any gaps that could possibly impede with the completion of this project,” she said.

When the water treatment plant was demolished, all hazardous materials were removed and a soil test was done to ensure there were no toxic chemicals on site. But through the needs assessment process, PGAL found buried concrete that could make it impossible to build the shelter at the chosen location.

“If you look at it with the naked eye, there’s no indication that there was concrete buried under that site,” Langford said. “That was something that came and was discussed since we started this needs assessment process. So…we are waiting to get information from the geotechnical engineer regarding the site to have a discussion with the city manager on what the next steps would be — rather if it’s still to construct at this current site or to look for other viable space within the city to still move forward with the construction of the animal shelter.”

The plans made to build the shelter require it be done on city-owned property.

Kinlaw questioned why the discovery wasn’t made earlier.

Langston said it wasn’t discovered at the time of demolition, only through recent surveys. But, she added, engineers indicated there may still be ways of continuing with the planned construction.

“Do we know how much material is under that two feet of field dirt?” Councilman Kenneth Marks asked.

“Not precisely,” Langston said. “Those records were submitted over to PGAL and they will provide us with information as part of their recommendation.”

Langford agreed to return to council with an update as soon as a recommendation was made.

The city operates an animal shelter on 4th Street that began facing immense overcrowding after Hurricane Harvey in 2017.

Built in 1978, the facility holds approximately 30 animals in addition to 16 kennels used for overcrowding. Last month, City Manager Ron Burton gave council an update on stray dogs, which included a summary of activity from Animal Control.

In the month of September, he said, the department of five animal control officers investigated 416 calls, seized 196 animals, coordinated 30 rescues, and returned 10 animals to their owners.