Wing Junkies coming to Central Mall following “$50 and a dream” 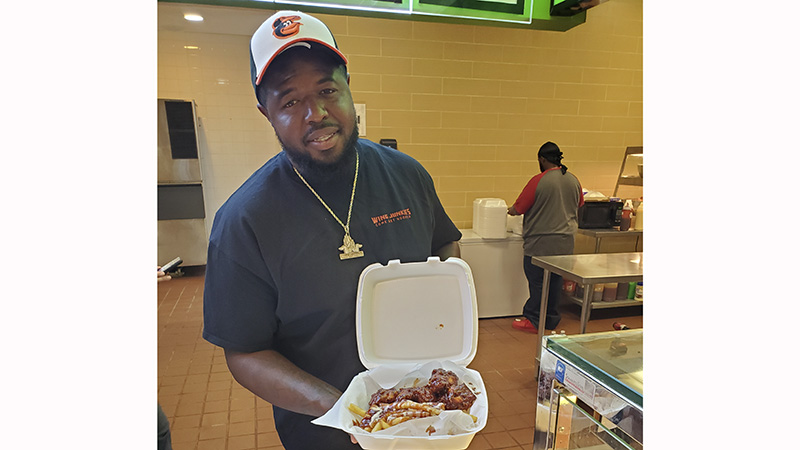 When you ask the owner of Wing Junkies how he got his start, he’s quick to answer.

“I’ll tell you like I tell everybody else — $50 and a dream,” Seth Hancock said Tuesday morning just an hour before the soft opening of his Central Mall location.

This is actually the second one of his eateries to open in six months, and there are plans for an Orange location to open in February 2022.

The actual opening date of the Port Arthur location isn’t until Nov. 26, which falls on Black Friday.

But dishes such as sweet wamm, honey glaze and swamp thangz wings may be enough to pique your interest. If that doesn’t do it, there’s the booty fries. 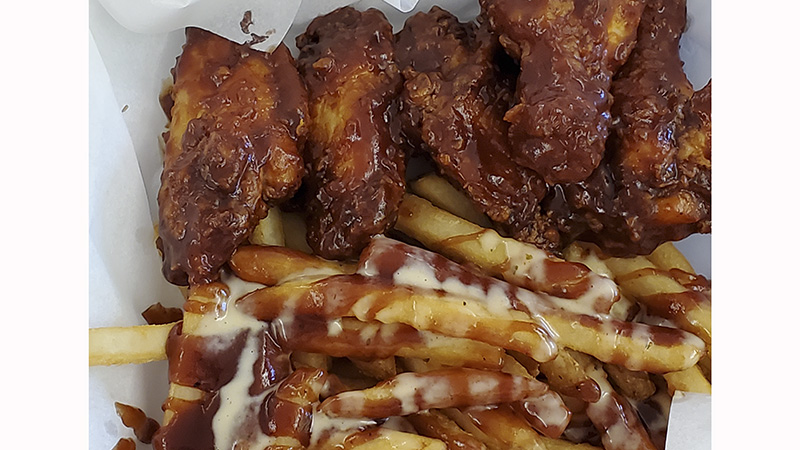 A close-up of the wings and fries. (Mary Meaux/The News)

James Ross, store manager for the Central Mall site, said he and Hancock worked together in the plants every day when Hancock started cooking out of his garage and selling plates to friends.

“I was telling him ‘I can cook and I like your wings so I’m pretty sure everybody else is going to like them too,” Ross said.

Hancock’s friends started telling him he had something.

Ross encouraged him to try his hand at the business and tried to get him to go out to the plant and sell his wings.

Hancock bought a trailer and converted it to a food truck in late 2020 and decided to quit his job and sell food full-time.

“In January we took a leap of faith and got licensed, insured, everything and jumped the food trailer out,” Hancock said.

By May 2021 he got a call from Parkdale Mall in Beaumont, saying they had a spot that would suit him but he ignored the first message, he said, thinking he wasn’t ready.

He waited a bit and on June 4 opened the Parkdale Mall location.

“So, six months in we’re opening a different location,” he said. “A risky gamble at this time of the year with all of this stuff going on, a big risky gamble.” 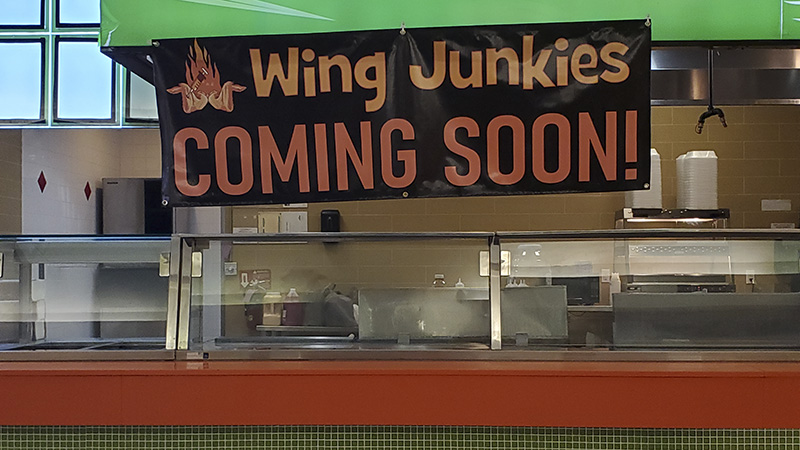 Dedication to the work

The business is successful in many ways but there’s a lot to manage.

The financial side is down right now as COVID has caused prices to go up. The cost of chicken is up as is cooling oil. The gallons of oil he normally paid $25 for are now $44.

“The first wave of COVID built us because we had a food truck. Everything was closed and we were up and running, made a lot of money. It boosted our sales and our name,” he said. Now we can probably go anywhere in Southeast Texas, Houston, they hear that name and they come running.”

“Once you taste it, you’re hooked. You will definitely be hooked,” he said of his wings. “These wings are like no other wings around here.”

Honey glaze, which is a barbecue, was his first flavor and was created through trial and error. Next was swamp thangz which is a Cajun type of wing, then came sweet wamm named for a friend, Big Wammy, who gave him the recipe — “it’s sweet and spicy.”

He also has his own version of lemon pepper made with a dry rub, then there’s Nashville hot… the list goes on.

Booty fries is a popular dish, he said, consisting of fries with a layer of boudain rice, shredded cheese, honey glaze sauce and a sauce called junkie/bank sauce.

There’s also burgers on the menu and more items will be added since he has more space in the Pot Arthur location than the Beaumont one.

“We’ve got a lot of things going. Fried broccoli is coming, banana pudding. We got our own version of pasta coming. Our own version of fried rice,” Hancock said while gesturing toward the area where the menu will be.

“Right now the lighted menu that hangs on the wall is vacant but there’s still time to add to it.”

Hancock has come a long way from selling plates out of his garage in Orange.