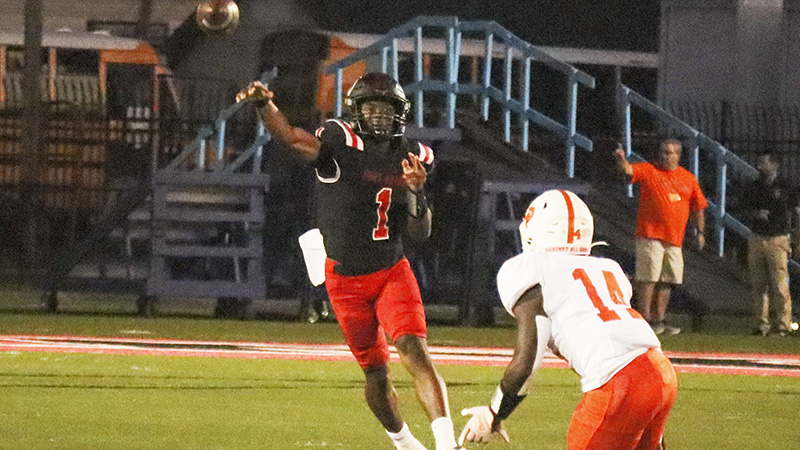 There is not much like football when the weather turns. Last week marked the final games of the regular season for high school football in Texas and right on cue, the temperatures dropped into the 50s.

The area has two teams entering their respective playoffs with vastly different motivations and paths to this point.

The Port Neches-Groves Indians and Memorial Titans entered the season with vastly different expectations from spectators.

Before the season even started, people wrote off the PNG Indians. Dave Campbell’s Texas High School Football magazine predicted PNG would miss the playoffs, breaking an eight-year streak. With new starters at almost every skill position, the Indians took a while to get the offense up and running, but by the end of the season, the unit was performing as well as any in the district.

Not only did PNG make the playoffs, it earned the No. 3 seed, improving on last year’s finish.

The Indians started off the season 2-2 with a loss to rival Nederland in the Bum Phillips Bowl to open district play. PNG followed up by narrowly escaping Dayton and won a shootout with Barbers Hill. The team followed that game by fighting back from down 17-0 to Kingwood Park to win 56-40.

Head Coach Brandon Faircloth previously told Port Arthur Newsmedia he is most proud of his team’s resolve and ability to overcome adversity, which are traits well-suited for a playoff run.

In the neighboring city, Memorial entered the season with all of the hype. Last year, the team earned its first undefeated regular season in school history and returned a majority of the starters from that team.

Memorial players should have their minds right as they just gave up the No. 1 seed with a loss to Friendswood in the final game of the season. The loss stripped the Titans of an outright district championship, but that can all be forgotten with post-season success.

This year is not about the regular season for the Titans and it never was. The only goal was to make it back to the playoffs and make a real run at a state title. The Titans now have a clean slate and a chance to cap off a special season and high school careers for several special players.

The Indians will take a road trip to Galena Park to take on the Yellowjackets.