PNG’s playoffs hopes not completely in their own hands 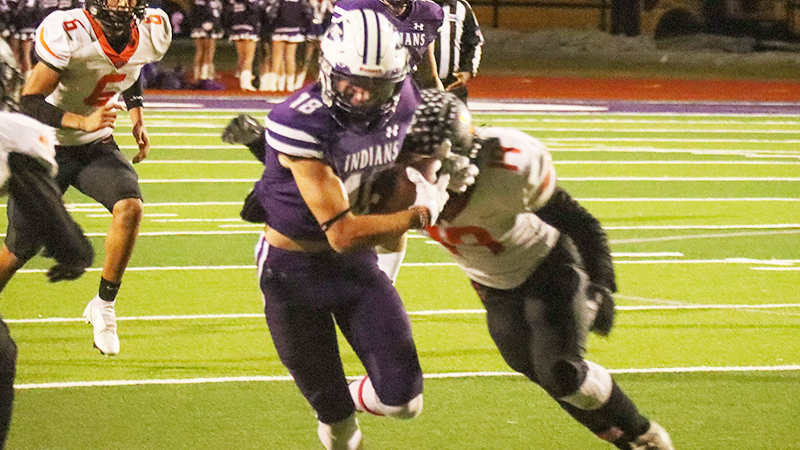 PORT NECHES — The Port Neches-Groves Indians still have a wide range of outcomes based on multiple district games Friday. Based on the way three games play out, the Indians can earn the third or fourth seed or miss the playoffs completely.

If the regular season ended last week, PNG would be on the outside in of the playoff picture.
However, in the final week of the regular season, PNG (5-4, 3-3 in District 12-5A Division II) is playing against Santa Fe (0-9, 0-6), who has not won a game all season.

Nederland, who is tied with PNG and holds the tiebreaker, will play Crosby, who has not lost a district game this year.

The Indians are also rooting for Texas City, who plays Barbers Hill Friday. A win for the Stings would secure a playoff spot for PNG regardless of the outcome of their game and allow PNG to leapfrog the Eagles to the No. 3 seed if the Indians beat Santa Fe. Avoiding the No. 4 seed and earning the No. 3 would mean PNG avoids a first-round matchup against Fort Bend Marshall, who forced PNG out of the playoffs the last three years.

Despite two-consecutive losses to Crosby and Texas City, PNG Head Coach Brandon Faircloth said his team is playing their best football of the season. The Indians are coming off an overtime loss to the Stings, where PNG overcame a 21-0 first-half deficit.

“They continue to get better,” Faircloth said of his team. “They are improving on the fundamentals like blocking and tackling. They play with great effort and are playing the game the right way. They aren’t having many metal busts. That is a testament to our coaches and our players getting better at practice.”

Prior to the Crosby loss, PNG had increased their scoring total for seven-straight weeks. Even in PNG loss to the Stings, the offense put on one of their best performances of the season. Against the top-ranked defense in the district, the Indians score 42 points and racked up 471 yards of offense. Prior to the game, Texas City had only allowed 108 total points through eight games (13.5 points per game) and held opposing teams to an average of 181 yards per game.

“I am so proud of the resiliency of the kids and the toughness and grit that they show,” Faircloth said. “That is just a characteristic of PNG football. Our kids have it and I am not sure all teams have that. I told them after the game how proud I was of them. A lot of teams would give up (down 21). It was exciting to watch them get stops and make plays. I love watching them play.”

The head coach said his team can’t over look the winless Santa Fe squad because nothing is certain in their playoff outlook.

“We don’t know what is on the other side,” Faircloth said. “That is the best thing. We aren’t in the playoffs. If we were in the playoffs in Week 10, you could overlook somebody, and we have been there before. When you are not in, there is a lot on the line Friday night… It is a win or go home situation for us. That is how we are treating it. Our backs are against the wall. I think that keeps us focused.” 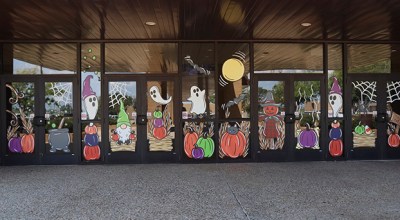