Titans earn No. 1 seed for second-consecutive year with win 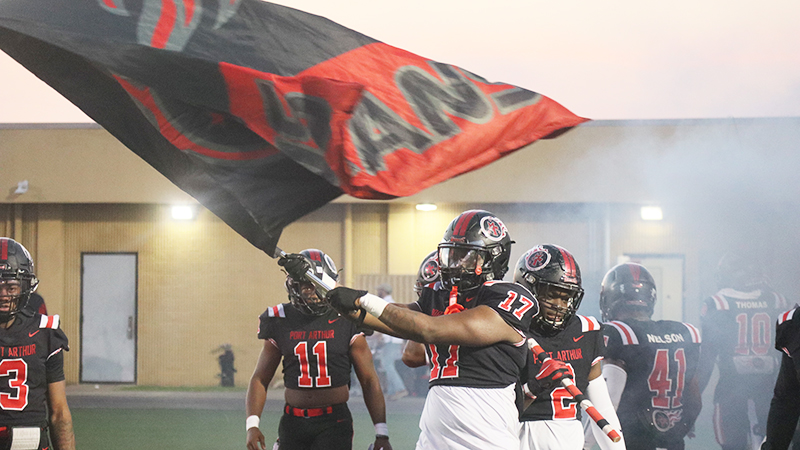 Memorial has a chance to earn the No. 1 seed with a win over Friendswood. Chris Moore/The News

The Memorial Titans will play for the outright District 9-5A Division I title in the regular season finale against Friendswood Friday.

Kickoff is set for 7 p.m. in Friendswood.

While winning the district title for the second consecutive year is an accomplishment, Memorial Head Coach Brian Morgan said it is good for his team to see a quality opponent before the Titans head into the playoffs.

“Our guys go out there and expect to win,” he said. “It makes us play a meaningful game. The last few weeks, after the first quarter or so, have just been going through the motions… Our guys will get juiced up for this game more than the last few weeks. You can see it in practice sometimes. They aren’t dumb. They watch film. They knew what they were going into so practice was a little lower key.”

If the Mustangs beat the Titans, they will earn the No. 1 seed for the district and a share of the district title.

Friendswood enters the game with the third best rushing attack in the district with 1,762 yards on the season.

The Titans, who take the field with the district’s top offense and defense, has a chance to reach milestones for players.

Safety Devuan Davenport has four picks for the season, which leads the district. Memorial defensive linemen Caden Pitre and Christian Thomas lead the district in sacks with eight and seven, respectively.

Memorial also has the largest point differential for the season in the district, outscoring opponents 353-125. The Mustangs outscored opposing teams 203-193

“They have been playing good defense all year,” Morgan said. “They run to the ball well and tackle well. They are running the ball well, too. They are a different team than they were last year. Last year, they threw the ball around and didn’t really play good defense. Now, it is the opposite. They are a good football team for sure.”