Young Titans ready to put Memorial basketball back on the map 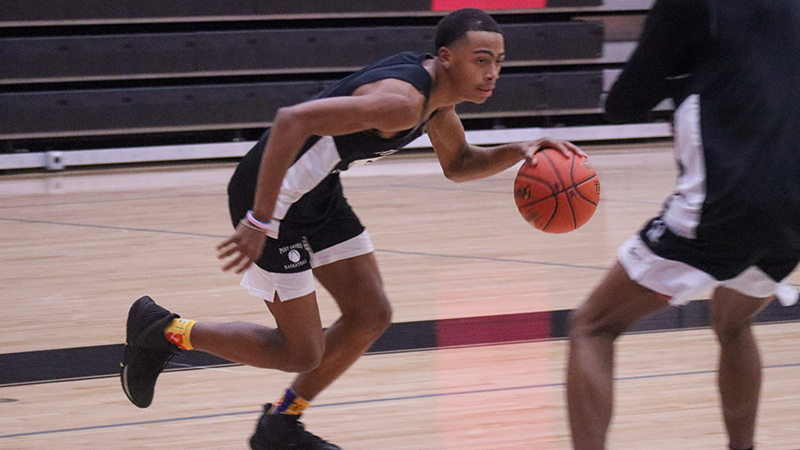 After a disappointing season by Memorial standards, the Titans are ready to prove they can compete with the best.

The Titans missed the playoffs last year with a young team, but the hardwood squad returns with more experience.

Memorial Head Coach Alden Lewis said his players are ahead of where they were last year.

“Honestly, we have had more time (together) in the last three or four months than we had all of last year,” he said. “It has been a blessing to have extra time that we are trying to take advantage of.”

Last year, the football schedule was delayed because of the pandemic, pushing the football playoffs well into the basketball season. This year, the Titans hope the football team can make a push towards state, even if it means getting three players back right before district games begin for basketball.

“If they go all the way, they will still be back before district starts and in time to get a couple of games and a tournament in,” Lewis said.

Tournaments are another sign of a return to normalcy for high school sports.

Gibbs said he is ready to help get the Titans back on the map.

“We have been playing more together as a team,” he said. “Last year just wasn’t a good fit, and we fit well this year.”

Edwards said the team has been able to grow together and the hardships of last year made this Titans team stronger.

“We understand our roles and we are really coming together,” he said.

Jah’mar Sanders, Adrian Hayward and Ilijah Williams will join the team when the football season ends.

Looming in the district is last year’s state champion, Beaumont United, which returns many starters.

Lewis said playing against the Timberwolves is a good opportunity for his team.

“They have very talented players,” he said. “There is a Port Arthur-Beaumont rivalry. We played them even before they came in the district. It is a good measuring stick for us to see where we are when that time comes.”