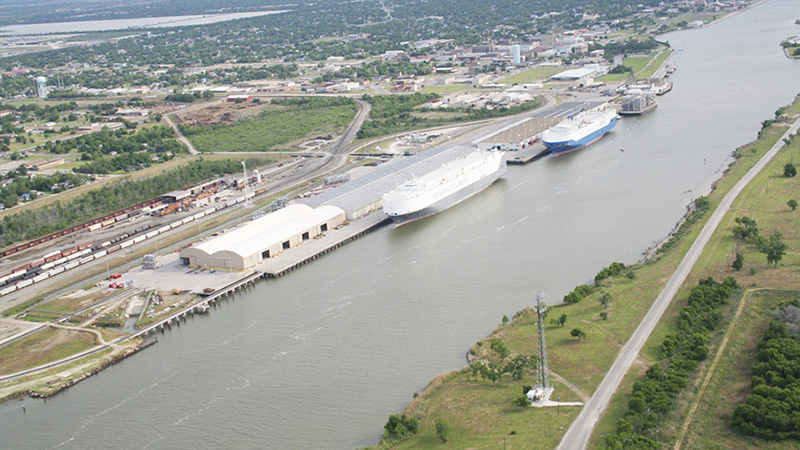 An aerial view of the Port of Port Arthur. (Courtesy photo)

Who can forget the toilet paper shortage of 2020?

You probably should, because it never really existed.

“We have a Fort Knox supply of the ingredients that go into making this stuff,” said Larry Kelly, port director and CEO of the Port of Port Arthur.

And the materials needed to make toilet paper are in no short supply there.

It arrives as eucalyptus pulp, it’s rawest form, before it’s brought to a tissue plan, re-pulped and turned into sheet rolls.

“In the past 2-3 years, we’ve gone from having one pulp producer company to five or six,” Kelly said. “And it’s not only produced solely in Brazil; we’ve doubled that.”

In addition to two-three producers in Brazil, the local port is also receiving eucalyptus pulp from Sweden and Uruguay.

Another large product moved through the Port of Port Arthur is forest products.

“Last year…we figured we handled enough forest products to build 13,000 homes,” the CEO said. “So then you saw high plywood prices, when you saw high lumber prices…I’m here to tell you, there was still supply around this area. The challenges you’ve seen in pricing — a lot of it has to do with that supply chain.”

And for the last two years, the port has been handling large amounts of aluminum from Argentina.

“I think we figured out last year if you would squish it all into a beverage can, I think you can make 25 million cans of your choice,” Kelly said. 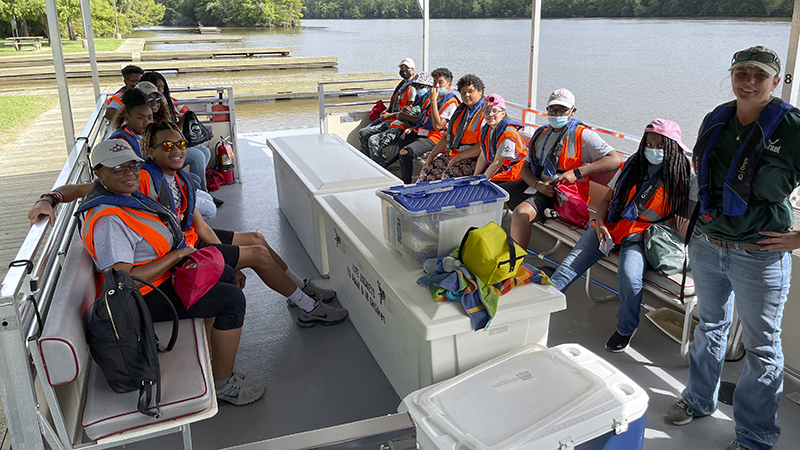 Why does a port exist?

For Kelly, it’s about jobs and economic development.

“You think port, you think water,” he said. “I want you to think of it in terms of a transportation nexus. That’s where road, rail and water all meet.”

Built next to the railroad and only 19 miles from the Gulf of Mexico, the port serves to import and export necessary materials brought in by other countries.

“I think in some respects we’re one of the best kept secrets and best parts about our area, but it’s a credit to our people why that happened,” Kelly said.

The port employs less than 20 people and relies on local contractors to physically unload incoming vessels.

It also serves as a type of convenience store.

“Right now we serve a little bit as a gas station,” Kelly said. “It’s a floating gas station. Let’s say one of our cargos comes from South America and it’s out of gas or on a quarter of a tank. When it gets to our port, it’s not going to leave us without hitting a convenience store. It’s known as channeling.”

That process has also resulted in bringing more than $500,000 to local eateries alone.

“We try to keep as many of those dollars as local as possible,” Kelly said.

For about 12 years, the port has hosted a summer camp for area students between 8th and 12th grade that Kelly said is “near and dear” to his heart.

“It is to introduce students to the maritime industry that they might not be familiar with,” said Sharita Gardner, public affairs and communications manager for the port. “The students definitely get an opportunity that most adults wouldn’t typically get. It kind of opens their eyes to the maritime industry and what we do. Everyone knows the port is here, but students don’t necessarily know what we do.”

The week-long summer camp provides activities such as: boarding marine vessels, meeting professionals in the business, visiting with the Coast Guard and touring their facilities, touring the Port of Port Arthur and Port of Beaumont, learning about coastal conservation, learning seafarer skills such as map reading and navigation, learning to tie nautical knots and more.

Gardner said this year a student that participated decided to enlist in the Coast Guard — a career path they had not considered previously — just based on the camp experience.

The port recently completed construction on Berth 5, which Kelly said was 617 feet and a roughly $40 million investment into the community. And on Wednesday, they kicked of a $66 million, 1,000-feet expansion project.

“The next 865 days starting the day after Thanksgiving, that’s the clock that’s on us to complete that expansion,” he said. “It’s a very complex construction.”

In a unique capacity, the port also expanded this year by partnering with the Seafarer’s Center, the Port Arthur Health Department and the Texas State Guard to vaccinate seafarers against COVID.

And now, over 2,000 have been vaccinated using the one-dose Johnson & Johnson shot.

Port Arthur was one of only three cities in the state providing that service.