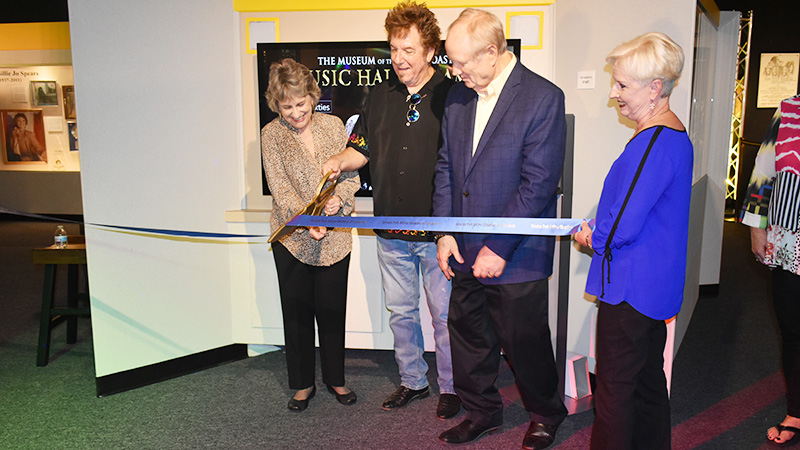 This weekend was a time of celebration at the Museum of the Gulf Coast as music and personal history took center stage.

Friday was a night for music lovers with the rededication and opening of the new music hall of fame at the Museum of the Gulf Coast and the opening of the Woodstock exhibit.

On Saturday, former Lincoln High School Basketball Coach James Gamble added the induction into the sports hall of fame to his long list of accomplishments that include 641 wins and four state championships. 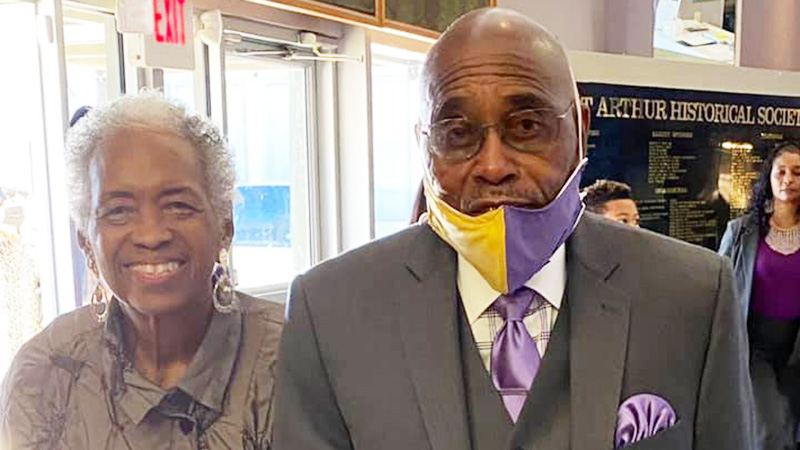 Former Lincoln High School Basketball Coach James Gamble enters the Museum of the Gulf Coast Saturday, where he was inducted into the sports hall of fame.

The new hall of fame is sponsored by Susan and Ron Arceneaux in what was two years in the making.

Susan Arceneaux said the couple has been fortunate with their business being so successful in Port Arthur and surrounding communities. They had contemplated for a long time how they cold return something meaningful to the community.

The opportunity came by chance in 2017 when the couple were at a holiday function at the museum, and director Tom Neal asked to meet for lunch.

From there they decided on what to do, she said.

“After we met with him, he so enthusiastically tapped out a vision of what a new hall of fame of music would look like, it was catching,” she said. ”We both jumped at the chance to give a meaningful and lasting gift to this community.”

Gamble was inducted Saturday along with the late boxer Jack Johnson and the late Frank Robinson, who was born in Beaumont.

Ron Arceneaux said music was a big part of his life growing up. As a kid he played DJ and spun the records for the “coolest two sisters a guy can have.”

“It was people like Johnny Preston, the Big Bopper, like Jivin’ Gene Bourgeois and, later on, it kind of morphed into other music like Jimmy Reed and Elvis Presley, Gary US Bonds, the Coasters,” he said. “All of these were influences on me at that age.”

What really changed everything for him was when the Beatles appeared on the Ed Sullivan show on Feb. 9, 1964.

Later he got into a few bands and is currently in two bands.

The new hall of fame features photos and plaques with names of musical artists and a large computer touch screen where guests can see and hear the artists included there.

Cheryl Dearman, who is a lifetime member of the museum, and husband Marvin drove in from West Monroe, Louisiana, to witness the event Friday.

“What a wonderful opportunity we had today to make the dedication sponsored by Ron and Susan Arceneaux,” Cheryl Dearman said. “Their generosity is greatly appreciated by everyone committed to the museum.”

The couple visited the museum a while back and was struck by what it has to offer.

“The museum touches a lot of lives,” Marvin Dearman said.

Hal Ross, a Port Arthur native, spoke of how the museum touches lives and how it captures the essence of the city.

“When you walk around, look at what you’ve been exposed to. Jiving Gene Bourgeois, he’s like an uncle to me,” Ross said. “It makes my heart swell up. They took little pieces of your life and put it into a room.”

Downstairs in the Dunn Gallery is a tribute to Woodstock featuring a wall sized mural of the crowd shot from the stage as well as tributes to Janis Joplin, Larry Graham and Johnny and Edgar Winter — all Southeast Texans.

The Woodstock exhibit will run through Jan. 13.