Take a look through new Hospitality Center, ready to serve those in need in Port Arthur 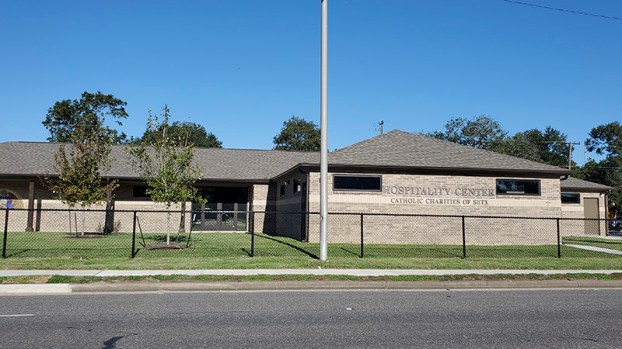 The outside of the building, which is in the shape of a cross. (Mary Meaux/The News) 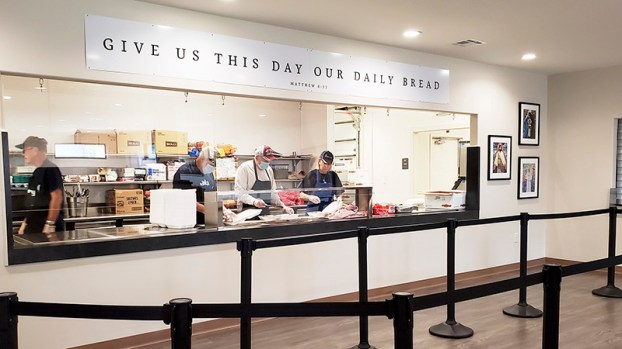 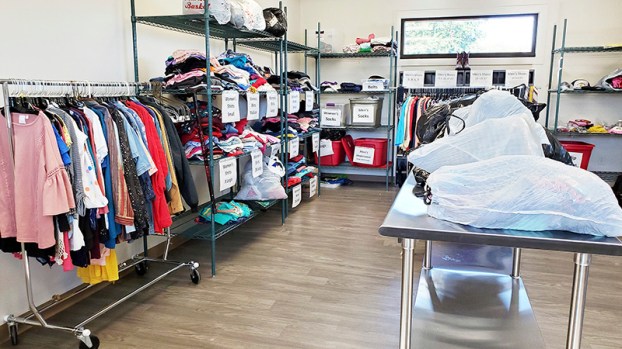 Clothing for the needy now have a room at the Hospitality Center. (Mary Meaux/The News) 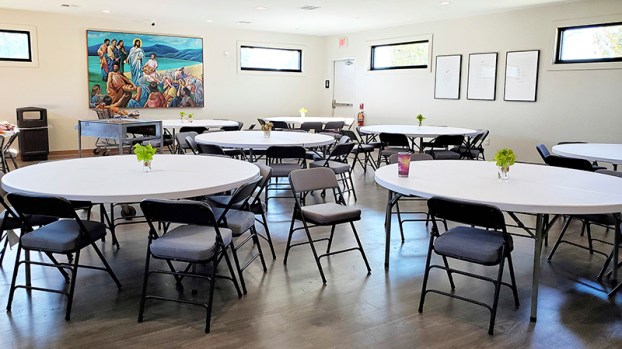 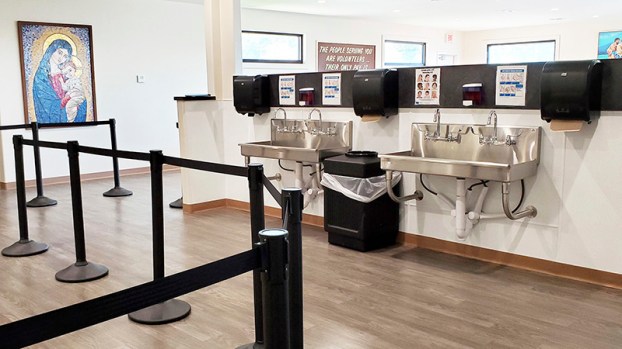 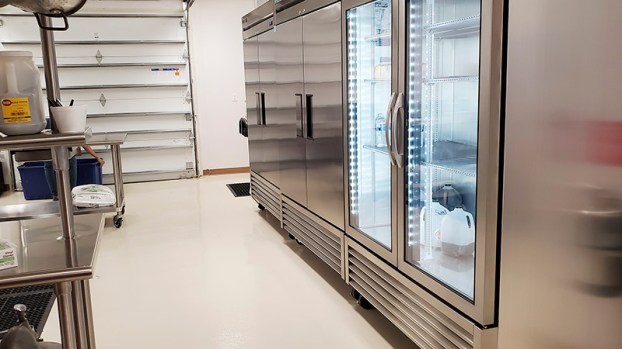 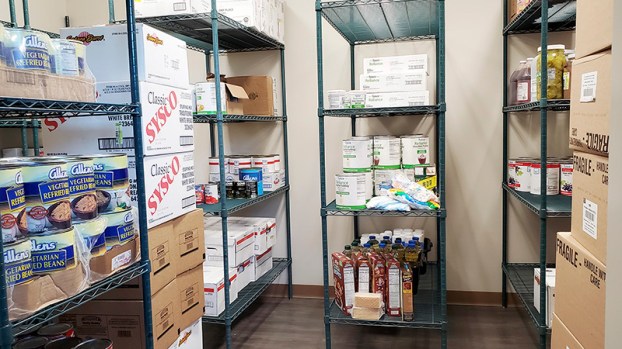 A pantry inside the new Hospitality Center. (Mary Meaux/The News) 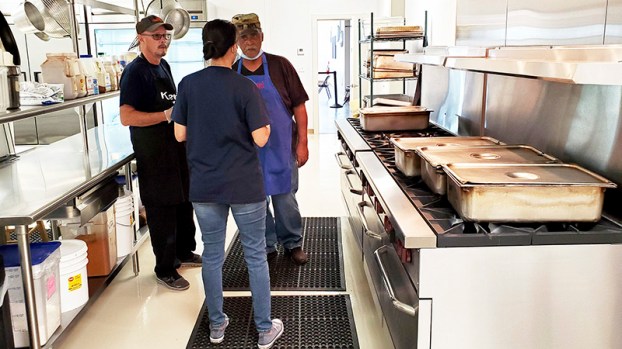 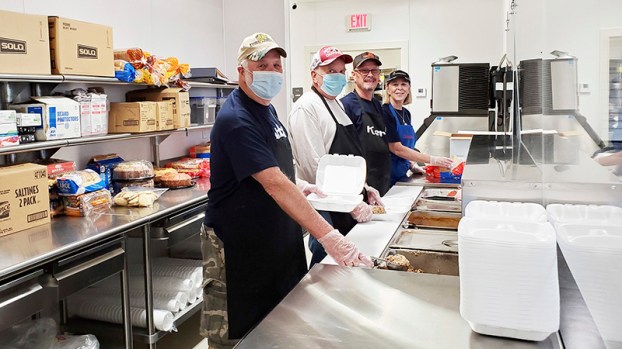 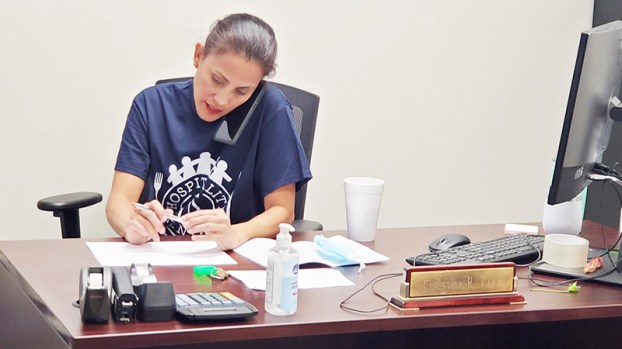 Hospitality Center guest C.’s face lit up when he walked into the newly constructed building for the first time on Friday.

Ge had been going to the temporary site at St. James Church for meals the past few months but when he arrived Friday he noticed the fencing was gone as were the volunteers with the Hospitality Center.

That’s when he realized the new center must be complete.

“This is awesome,” C. said with a look of amazement on his face.

Hospitality Center Executive Director Christina Green pointed out various areas in the new building to C., two sinks for hand washing near the area to lineup for a meal, a dining area for those who choose to have their meals on site and the exit doors.

“That woman is a Godsend,” C. said of Green, adding she has helped him a lot. “She has a heart of gold.”

Green is very grateful for the family whose donation allowed for the construction of a new building, which is located at 3959 Gulfway Drive.

The new center officially opened the doors for meals on Monday while still moving out of the location at St. James.

“It was crazy, organized chaos,” Green said from her new office.

The new building comes with many amenities the other building — once home to a McDonald’s decades ago — didn’t offer. Plus there is much-needed space.

Besides the aforementioned areas, there is a pantry, office room, area for a receptionist to log-in guests, kitchen with walk-in coolers, upright freezers, two 10-burner stoves each with two ovens, a laundry room, room for donations and more.

Green pointed out a sign that was in the dining area of the previous center. It was painted by her now late uncle Nick Lopez and says “The People Serving You Are Volunteers… Their Only Pay is Your Smile and Your Gratitude.”

Photos of the demolition and construction line hallways and a photo of a mural depicting an angel hangs in Green’s office.

Graham said Maroney suggested one day they should volunteer and it was something Graham had been meaning to do since he retired. They called and “the rest is history.”

Both men started their volunteering while the center was at the St. James site months ago. They described the new building as awesome.

The Hospitality Center opened its doors to the public at 4928 Gulfway Drive on Christmas Day 1987.

The program moved to 3959 Gulfway Drive, affectionately remembered as “The Old McDonalds” in 1998 and has been there ever since, according to information from Catholic Charities.

In May, the old building was demolished and guests and services temporarily moved to St. James’s Kirwin Hall, which is a few blocks down the road.

The Hospitality Center is open 365 days a year. As a part of Catholic Charities, it provides free daily meals for a variety of people in need.