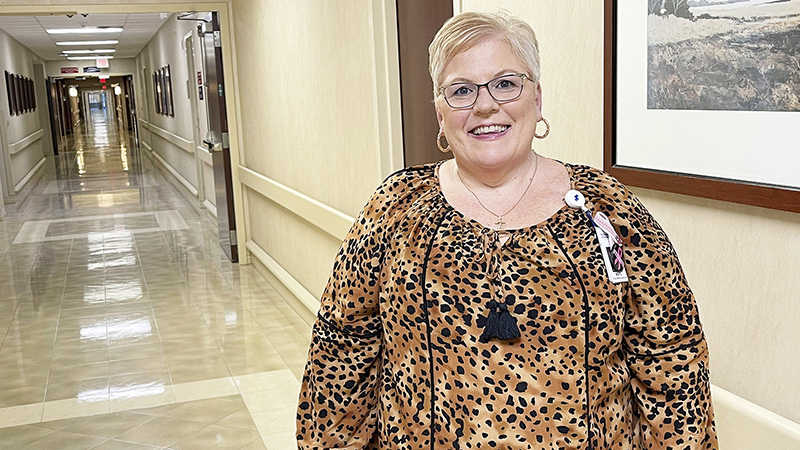 It was discovered when the Port Neches-Groves ISD graduate had a mammogram. It was something she had done vigilantly since her first at age 34, when a suspicious spot was found.

“It ended up being fibrosis,” said Dornan, who serves as director of food and nutritional services at the Medical Center of Southeast Texas. “But every year after that I decided to stay on top of it just in case it turns into something else. And 12 years later, it happened.”

Only, Dornan was in for an even bigger shock.

Through further testing, it was revealed she had two different types of cancer in her breasts.

“It’s very scary,” she said. “Everybody’s situation is different. But I recommend any and everyone to get their annual mammograms. Cancer doesn’t hurt. You don’t know you have it; it just shows up.”

“I lost my hair, I was tired, but I tried to stay strong through it,” she said.

After that came 32 radiation treatments.

But at the beginning of the last year, the now 54 year-old went for her 5-year check-up and has been officially cancer free for 5 years.

“Get your checkups — and not just for breast cancer,” she recommended. “You know your body better than anyone else.”

According to the American Cancer Society, an estimated 280,550 cases of breast cancer will be diagnosed in women this year. And approximately 43,600 women will die from it. Diagnoses have increased .5 percent annually in recent years.

In addition, the center will be open Saturday for five hours to offer mammograms and bone density screenings to those that haven’t been able to do so during the weekday.

Mammograms are $143 and bone density scans are $243, which includes the radiologists fees.