Port Neches-Groves basketball gets season started before sun even rises 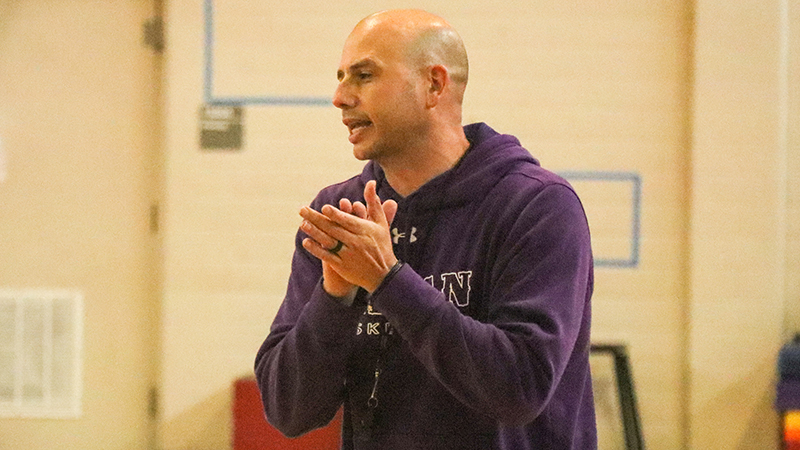 The Indians narrowly missed the playoffs last season, but Smith is excited to see what his young team can do this year.

The Indians lost last season’s point guard, Brady Nail, to graduation but return two starters in junior shooting guard Ian Eberhardt and sophomore Torryan Hinton, who the Indians won’t get until the gridiron season ends. The sophomore is the starting safety for the football team.

“Those guys will anchor us, but we got some kids from our JV that are just ready to play,” he said. “Bobby Nguyen is going to be our starting point guard. Christian Arteaga-Tibbitts is a two guard. He is a slasher from Port Arthur. He is stepping up on the JV.”

Smith said he has been most pleased with the team’s attitude.

This season will be closer to normal after a relatively chaotic 2020 season. Last year, teams were not allowed to participate in tournaments, which allow coaches to try out different lineups and rotations.

It is also common for high school basketball teams to wait a few weeks to get football players in the starting lineup. But the pandemic pushed back the start of the football season last year, leaving several teams without key players until right before the start of district play.

Smith said he is happy there will be more of a normal schedule this season.

“That is key,” he said. “Those kids are going to get to play a full year. It is just awesome.”

The Indians start their season Nov. 6 against Baytown Lee on the road. PNG’s first home game is Nov. 9 against Bridge City. The team will participate in Bridge City’s tournament Nov. 18-20. District play opens against Nederland Dec. 21.