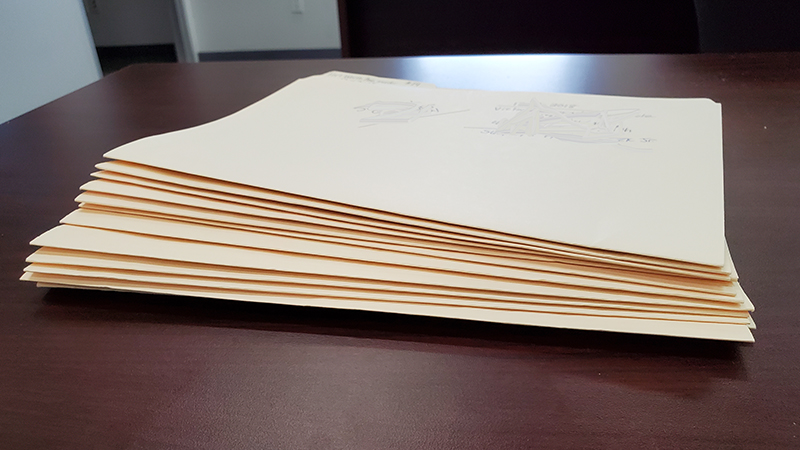 While writing about a criminal trial recently I remembered a folder with prior stories printed out that would help.

Forget for a moment we live in a digital age, please.

I knew the case wasn’t in the file rack on my desk — those folders contain the six killings from this year including a fatal crash that left three people dead.

The folder wasn’t in another file rack of mine. That one had a smattering of killings and a few other violent crimes mixed in from different years.

The one I was looking for was in a stack with more than a dozen others that happened in an extremely violent 2018.

I grabbed the stack of 14 folders and shuffled through, looking for the name of the victim and of the man suspected in the killing.

I found the info I needed, watched the trial on the court’s YouTube channel and wrote the story.

After it was edited and ran in the paper and online, I printed it out to add to the folder.

This case was of Sharonn LaRoyce “TyV” Cole, who was shot multiple times outside of a club on Fort Worth Avenue on Dec. 2, 2018. The suspect in the crime, Herbert Clark Jr., was found guilty and sentenced to 99 years in prison last week. This was the 14th killing in Port Arthur that year.

It wasn’t until I printed the story out to place in the folder that I realized how thick my files of folders were.

Each of the folders represented a life lost to violence. The pile in the rack next to my desk, the pile in another area, the stack of 14 and even a stack of older ones laying in a box.

I have no idea the number of dead those many folders represent.

But I do understand the impact.

The folders represent a person whose life was taken, their loved ones, family, friends, neighbors, co-workers and on and on. The net is wide on those grieving.

On the other hand it also represents the alleged killer. There’s also grief by the loved ones of the accused, their family, friends, neighbors, co-workers and on and on.

Flipping through a few of the folders made me remember sitting down with mothers, fathers, sisters and brothers of murder victims whose killer was never found.

They are ever searching for answers — and these are but a few.

The family of Abram Tremont Ford found shot to death in a car on Marshall Avenue on Oct. 18, 2007. I spoke with the family last year. His sister, Trena Arceneaux, was blunt in her description of the scene and thoughts on the crime.

“He was moved to Marshall and that’s why the car was open and crooked (on the street),” she said in the November 2020 article. “And with all the bullets they put in him, no windows were broke on the car. The bullets that went through his face, through his head, chipped his tooth, it was lodged nowhere in the car.”

She lost her life when a gunman fired into a crowd of people outside of a house party in the 1100 block of Vicksburg.

Port Arthur Police have long stressed Jasmine was innocent; she had no criminal record and was not involved in any confrontations prior to the shooting.

She was one of several people hit by bullets but the only one fatally wounded.

Now take a second look (mentally) of those folders and realize what they represent.