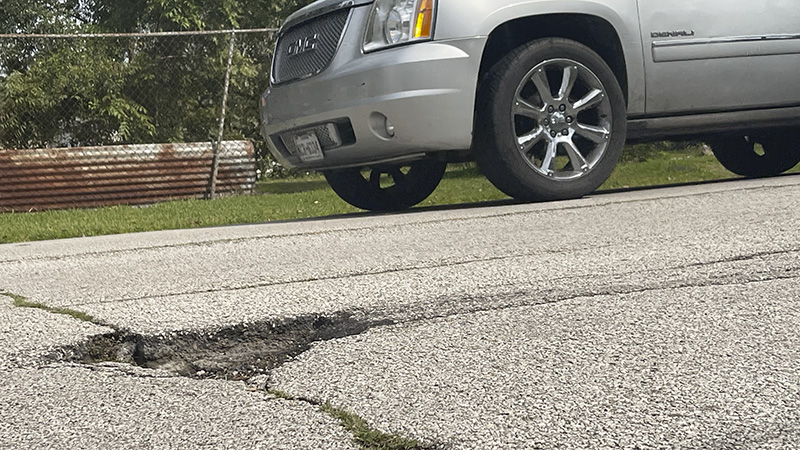 Following a Tuesday evening discussion about Port Arthur street improvement progress, various city council members and staff will meet at a later date to decide the optimal course for improving road conditions in a timely manner.

The action stems from a request by Councilman Thomas Kinlaw, who two weeks ago requested an update on a $60 million street renovation project approved in 2018. After an independent contractor surveyed city streets to determine damage, the council allocated $10 million per year over six years to go towards road improvements. However, last week it was questioned how and when the work is being done.

For fiscal year 2021 — the third round — council passed on May 25 a resolution to repair approximately $10.97 million in estimated construction costs this year.

“Within the Public Works Department is an engineering division, until recently,” Roberts said. “The engineering division is now a part directly under the city manager’s office. But it still functions in the same capacity that it has traditionally, where it prepares and reviews construction plans, inspects projects — both projects that have been designed internally as well as in some cases externally — and we also manage design consultants and contractors.”

Kinlaw, who requested the review, had questions.

“When we started this in 2019, it was about $14 million to address the street issues that we had,” he said. “But we were actually using $10.5 million. The monies that were left over…what was that reallocated to?”

Kinlaw also questioned who was supervising construction crews to ensure work was being done.

“That’s what this council is held accountable for,” he said. “We have to respond to the taxpayers about streets not being properly done.”

Councilwoman Charlotte Moses took time to address the progress that had been made over the last few years.

“When I got on here in 2015, we hadn’t even started a plan,” she said, then mentioning setbacks that occurred through storms, COVID, etc. “We’re trying to make up for 20 years ago when nothing was done. I think to get anything done…is a big hand clap in the City of Port Arthur.”

Mayor Thurman Bartie suggested the four assigned district councilmembers meet with city stuff to come up with a solution.

“This will allow citizens to know, first of all, we are working together as a team but also trying to deliver them…a product that can move forward,” he said. “By 2025-2026, all streets will be repaired.”

City Manager Ron Burton said he anticipates organizing a meeting with council members, city staff and presiding engineers in the near future.