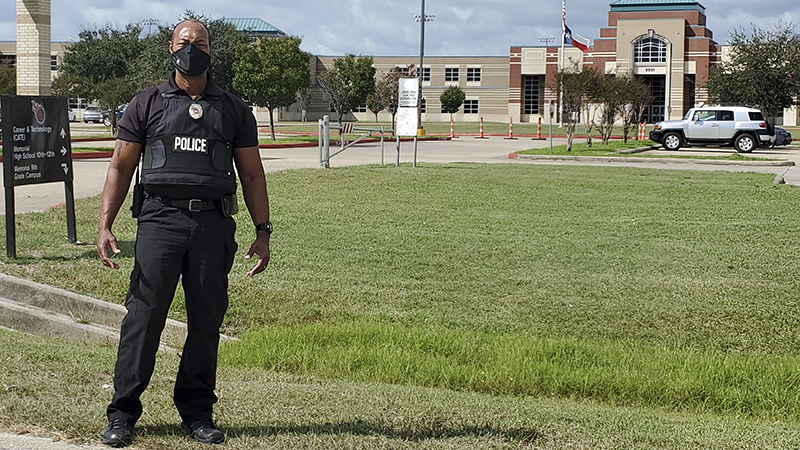 A letter to parents in the Port Arthur Independent School District regarding fighting and the possibility of criminal charges being filed is not a new topic.

In fact this has been the districts policy for years.

The letter, which was released late last week and is available to view on the district’s Facebook page, is a reminder to parents, said Adrienne Lott, media communications specialist with PAISD.

“This is to reiterate the policy in place and has been in place,” Lott said.

The Port Arthur ISD Police Department may seek criminal charges against students ages 14 and older who choose to engage in fights, the letter read. The PAISD PD may file charges with the Jefferson County Justice of the Peace courts for students who violate the Texas Penal Code for disorderly conduct defined by “A person commits an offense if he/she intentionally or knowingly fights with another person in a public place.”

The document states students involved in a fight may be cited with a Class C misdemeanor that would go on the student’s record and a fine of up to $500.

Some parents were taken aback at this portion of the document.

“The feedback from parents is that some feel like we’re saying if their child is defending themselves they will go to jail or be fined. That’s not what we’re saying at all,” Lott said.

If a child is being bullied, for example, the issue needs to be reported to an administrator or trusted adult on campus.

“As a counselor I know a lot of times a student may be afraid to say something to an adult,” she said. “You don’t have to say it in the middle of the hallway. You can ask to go to the office.”

She said the student could even tell their parent who can let the school know. But if the school doesn’t know and the student takes matters their own hands that can lead to a problem.

But there are a number of steps before a student is cited for fighting.

Lott said if there is a fight, campus security and administration will investigate how the fight came to be, speak with witnesses, with those who broke the fight up and others then make a decision.

In addition, interventions are sought if there is a disagreement and there are meetings with parents as well.

“It may be where children walk away and nobody is harmed but there might be a few hurt feelings,” she said.

But if there is a severe injury and medical attention is sought, the consequences need to be severe, she said.

PAISD Police Chief Alton Baise said his office utilizes seven officers, including himself. They work the various campuses and concentrate on the high school and middle schools.

Baise said they are cracking down on fighting and will prosecute and handle the issue through the JP court, juvenile detention or through suspensions or expulsions, or, if they are of age, “through the criminal justice system itself.”

Baise said he is on board with what PAISD Superintendent Mark Porterie is doing regarding fighting.

“Dr. Porterie does not want students who cannot control their behavior interrupting the learning environment for those who want to obtain a quality education,” Baise said.

He and his department are ready to enforce the code of conduct.

“We are not going to tolerate students trying to settle disputes by fighting and interrupting the learning environment of the students who want to come to school and do the right thing,” he said. “And for those who can’t come to school and act right, we have some place to put you. Fighting will not be tolerated.”