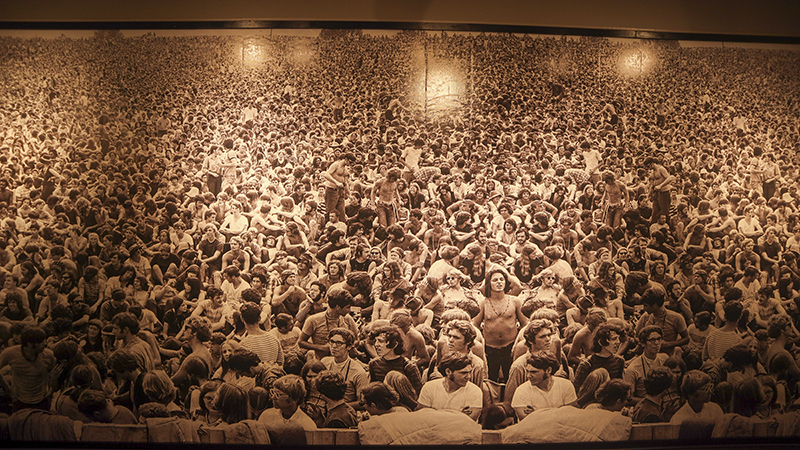 A wall-sized mural of a crowd shot from the stage of Woodstock. (Chris Moore/The News)

The Museum of the Gulf Coast’s dives into music history this week as the location shows off updates to the section dedicated to regional musicians and opens the featured showing of local musicians who played Woodstock just more than 50 years ago.

The reopening of the Music Hall of Fame and the Woodstock exhibit starts 5 p.m. Friday.

The music section features multiple interactive screens that allow patrons to see and hear from local artists and witness their impact on their respective genres. 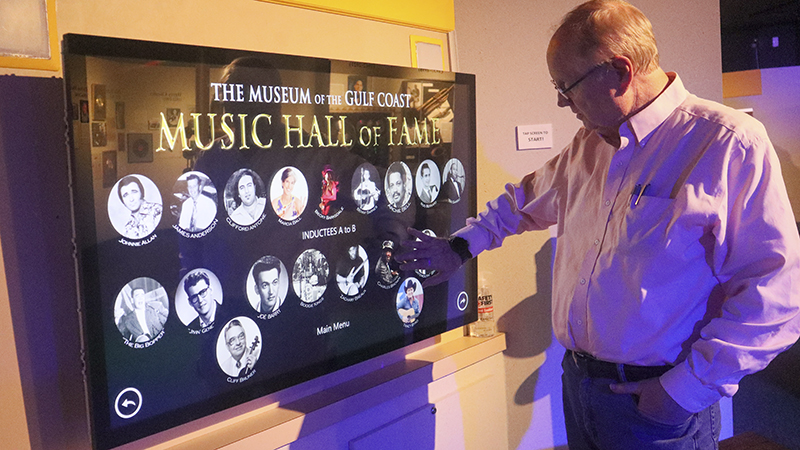 The sections also have more display cases, which Director Tom Neal said he would like to fill soon.

“It allows us to open the door,” Neal said. “People can come in and get the videos of the people.”

The Woodstock exhibit will be held in the Dunn Gallery and takes the viewers back in time to the historical event. 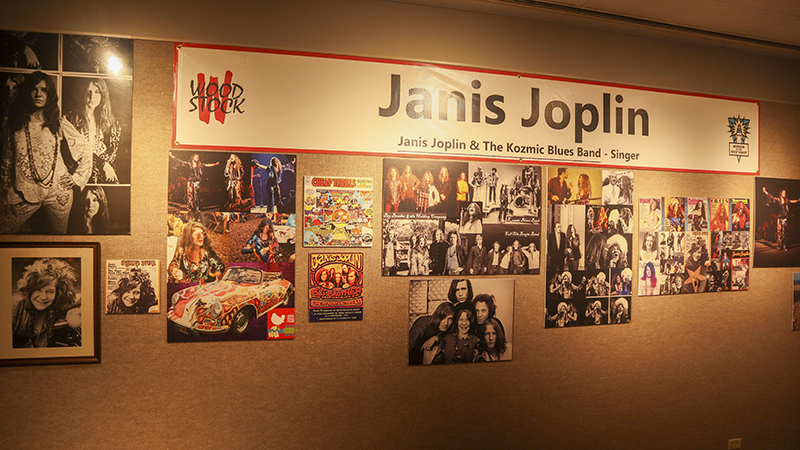 “I have some tickets that are certified from the actual printing company of Woodstock,” Neal said. “I am going to have them on display. We will have a video showing the scenes from Woodstock. You can also see multiple shots of the venue to see how they built it up.”

One wall is dedicated to Port Arthur native Janis Joplin and features several photos of her at the festival.

The back wall has a full mural of a photo taken of the crowd from the stage. The black and white visual gives the viewer the feeling of taking the stage during the iconic festival.

The wall on the right side has displays from several other Southeast Texas artists that were in attendance from Larry Graham to Johnny and Edgar Winter.

The Woodstock exhibit will run from Friday through Jan. 13.

The events will be the first for the Music Hall of Fame since the start of the pandemic.

The last inductee Tim Foust was inducted in the Gulf Coast Museum’s Music Hall of Fame in January of 2020.