$50K in marijuana found, driver on the run, police say 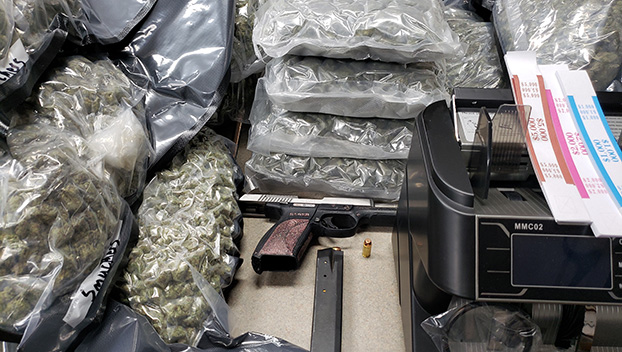 VIDOR — At approximately 3:03 a.m. Tuesday, a Vidor Police Department officer attempted to stop a 2007 Toyota Camry traveling eastbound on I-10 near FM 1132 for a traffic violation.

The driver attempted to make a rapid exit from the highway onto the off ramp, when he lost control of his vehicle, almost striking the interior barrier.

The driver exited the vehicle rapidly. As an officer approached, the driver took off running across the highway northbound and into the wooded area.

“Officers lost sight of the driver at this time,” Carroll said. “Officers checked the area but were unable to locate the driver. The driver is described as a Black male wearing blue jeans, a white T-shirt and red cap.”

Upon returning to the vehicle, officers located a loaded 40-caliber Ruger pistol that was reported stolen from Acadia Parish in Louisiana. It was under the front passenger seat.

In the trunk officers located 26 pounds of marijuana with a street value of $50,000 and a money counter.

The incident is under investigation, Carroll said, adding the vehicle will be returned to Pineville, Louisiana.