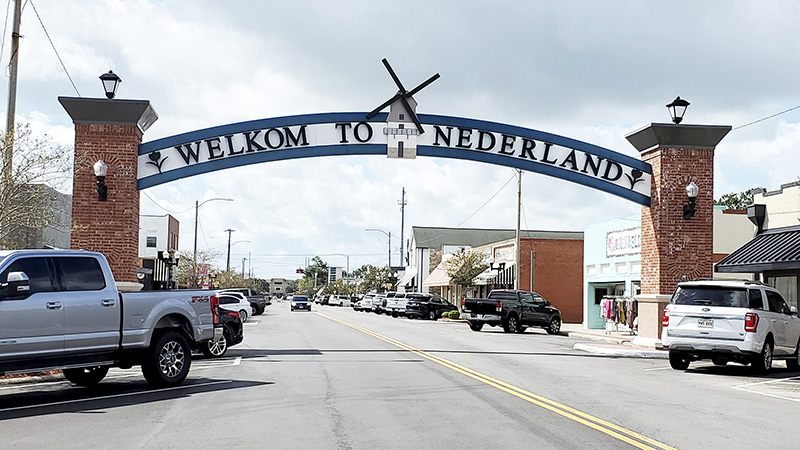 When I caught up with Brian Swindel for a quick interview this week he seemed liked someone who was tired but satisfied with a job well done.

The president of Troop Industrial also served six years as a board members of the Nederland Economic Development Corporation, the last two as board president.

Wednesday was his last meeting on the board, and it was a long one — two and a half hours.

He calls his time with the Nederland EDC a learning experience about the inner workings of the city, how things happen and the importance of getting involved. “When you get involved, you understand some of these decisions that get put out there,” he told me, adding the rest of the volunteer EDC board routinely exhibit a big heart for the City of Nederland.

“They are always about doing what is fiscally responsible, morally responsible and what creates economic development — things that improve sales tax and improve quality of life.”

One of the more noteworthy projects taken on by the Nederland Economic Development Corporation during Swindel’s time as board president was the construction of The Gateway Arch to Nederland over Boston Avenue.

It was constructed, in part, as a talking point, providing locals and visitors a focal attraction.

Judging by early June this year, local leaders received their money’s worth. Community conversation and social media commentary took off when eagle-eyed passersby noticed an “N” was inappropriately affixed to the sign’s eastern facing sign.

The city was never in danger of accepting the project with incorrect lettering and it was quickly fixed.

“I know it was a topic of a lot of Facebook-type keyboard warriors,” Swindel said. “Now, it’s beautiful, lit up at night, and somewhere where you can take pictures. It’s a grand entrance into Boston Avenue.

“If you study what archways do, you’re looking for something grand when you go through there. Boston Avenue is popping right now, and there are plans to make it an even bigger venue for shopping and dining. It’s somewhere you can take your family, go for a walk, it’s safe, it’s clean. The archway, for me, opens that up and I really like it.”

The Nederland EDC has certainly targeted the downtown Boston Avenue district for continued projects where more than $1.5 million has been spent.

Just last month the city council approved a $520,000 purchase price for the Bank of America building at 1308 Boston Avenue.

That followed a $380,000 move earlier this year by the EDC to acquire nearly two acres of Boston Avenue property across the street from the bank building that was once used as a 12-lane bank drive thru.

In September, the city council gave final approval to a $400,000 plan for continued Downtown redevelopment that included the EDC purchasing homes at 1131 Atlanta Avenue, 1125 Atlanta Avenue and 1119 Atlanta Avenue, as well as Irene’s Lounge at 147 North Twin City Highway.

In February, city council members approved the EDC to purchase properties at 1215 and 1217 Boston Avenue for $230,000. Those locations have since been renovated and are now being rented to Sparkle & Co. Florist and Ortiz Menswear & Bridal, which moved Downtown from other Nederland locations.

Even with those projects still in their early stages of action, Swindel will keep his eye on another section of the city while he settles into life off the EDC board.

“I’m really hoping something grand happens at the airport that is family friendly and creates sales tax,” he said. “I think what we hurt for in our area is different things to do with your family.”

At the rate that Swindel and others at the Nederland Economic Development Corporation set in recent years, local residents wanting to see action are not going to wait long for the next development.