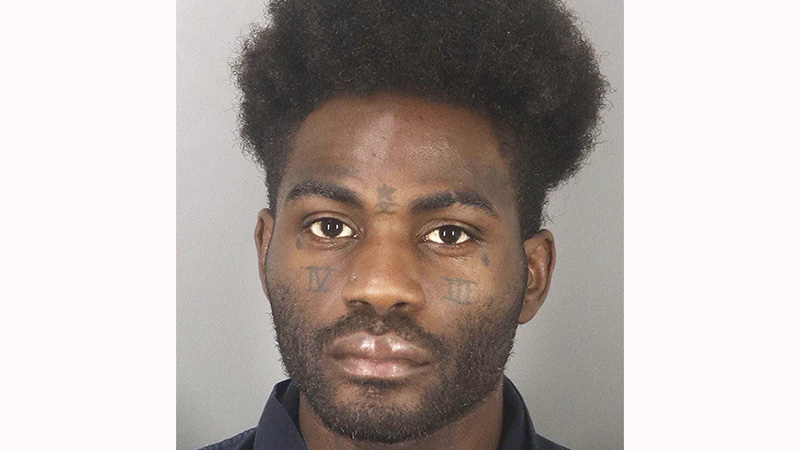 A Port Arthur man shot and injured during the violent and deadly robbery at Church’s Chicken was indicted for his alleged participation in the crime.

Desmond Ingram, also known as Desmond Jones, 33, was reportedly one of two masked men who entered the restaurant at 1849 Jefferson Drive at approximately 9:36 p.m. Oct. 1 armed with handguns.

Court documents state the two suspected robbers forced employees at gunpoint to the rear of the business, where they were instructed to open the safe and remove cash.

As the suspects were holding the employees at gunpoint, a patron in the drive-through saw the robbery occurring. The patron armed himself with a handgun and approached the drive- through window and shot both suspects, according to the probable cause affidavit.

Both suspects fled the scene prior to police arriving and moments later a call was received about a gunshot victim at a nearby apartment complex.

That man was identified as Desmond Ingram Jr., who was suffering from a gunshot wound to the abdomen and was reportedly uncooperative with officers as they tried to gather information.

Video was recovered of the robbery, which allegedly showed Ingram wearing the exact clothing as one of the suspects that was shot while robbing Church’s Chicken.

Ingram was brought to a local hospital for his injuries and taken into custody on Oct. 8.

He is in custody at the Jefferson County Correctional Facility on a $500,000 bond for aggravated robbery and has a hold for another agency. The jail roster did not specify which agency or for what alleged crime.

The other robbery suspect, Richardo Guient, 33, died from his injuries at a local hospital.

The alleged getaway driver, identified by police as Justin Cunningham, 40, was later stopped by Nederland Police on a traffic stop and arrested on an outstanding felony warrant issued from Hardin County.

The patron who fired shots and intervened in the robbery was questioned by police and released with no charges filed.