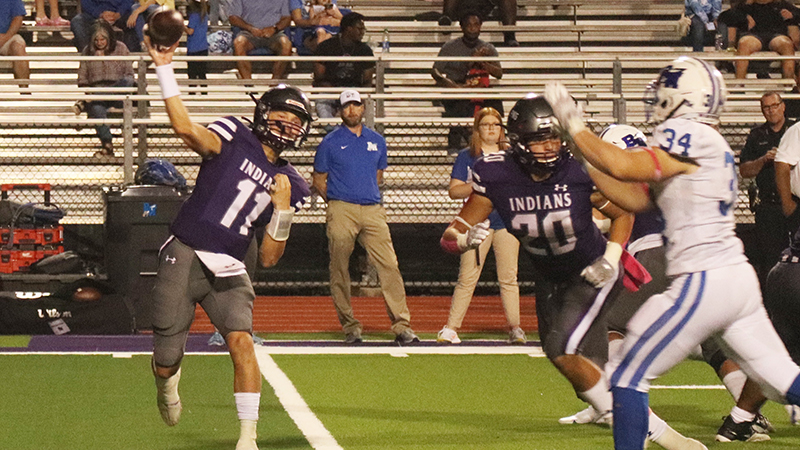 PORT NECHES — Each of the final three games of the season are important if the Port Neches-Groves Indians want to get into the playoffs.

The game is set for 7:30 p.m. Friday at Port Neches-Groves High School.

Crosby made it all the way to the 5A-II state championship game last year. Despite losing nine starters on defense and key players on offense, the Cougars have run roughshod over the district.

Since district play started, Crosby has outscored opponents 229-108 and have scored fewer than 50 points in a game.

“They do a great job over there,” Head Coach Brandon Faircloth said.

“They are really well coached. They are extremely athletic and physical. They are almost identical to who they were last year and they went to state. I don’t see a lot of difference from this year and last year. I really don’t. It looks like the same team.” 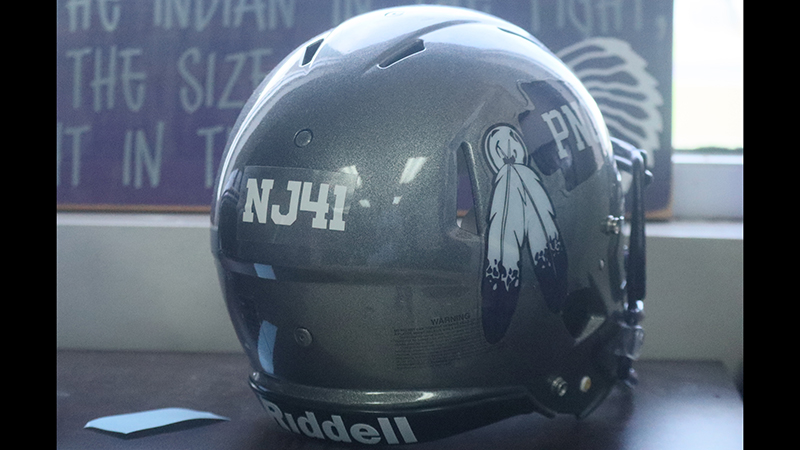 The Port Neches-Groves football teams will wear stickers on their helmets for junior varsity player Noah Jackson, who suffered a brain injury during a game last week. Jackson, who wore No. 41, is recovering at Texas Children’s Hospital in Houston. Chris Moore/The News

Faircloth said the Cougars’ speed jumps out on film.

“Every play, they can score from any distance,” he said. “We have our work cut out for us.”

Despite their underdog status, Faircloth and PNG have had recent success dealing with high-powered offenses.

The Indians entered last year’s playoffs as a considerable underdog to Fort Bend Marshall, who eventually lost to Crosby in the fourth round of the playoffs.

The Buffs narrowly escaped a first-round upset with a 21-14 win over PNG.

Coaches implemented a keep-away offense, which involved taking up the majority of the play clock in between plays and keeping the clock running with an assortment of running plays. In the game, PNG’s time of possession was nearly four times as much as the Buffs.

“We have to run the football like we have been doing,” Faircloth said after practice this week. “We also have to get some turnovers. We have to stop the run and protect the ball. It will be similar to our game plan last year versus Fort Bend Marshall. We have to hold the ball a little bit, keep them on the sideline and let that clock run.”

Last year, PNG completely revamped its offense, which was pass heavy, to control the clock. This year’s team is better suited to handle the task.

PNG enters the week with the No. 2-ranked offense in the district and the third-ranked rushing attack.

Trahan is also coming off a historic performance against Kingwood Park, where he rushed for 365 yards, breaking a 50-year-old school record.

Crosby enters the game with the district’s third-ranked run defense, but the second-worst pass defense. But, the numbers could be skewed from teams getting down early and abandoning the run to try and catch up.