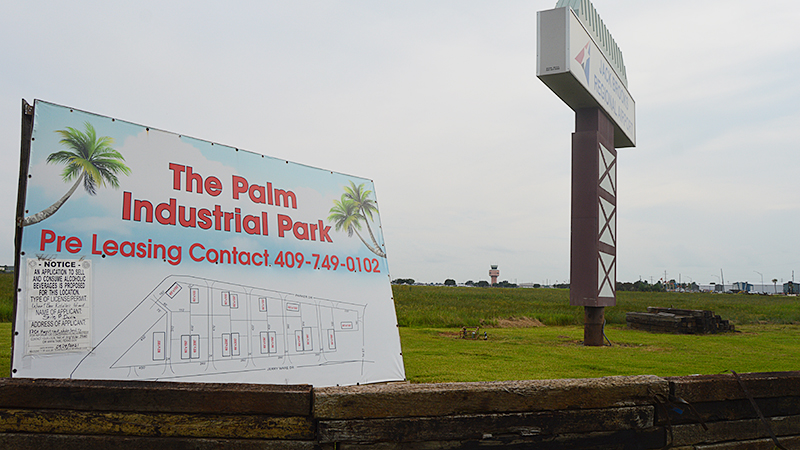 Nederland EDC Board President Brian Swindel, following a closed session discussion with the board and EDC director, said board members agreed the development would be good for “our county, good for our city” and an asset to Nederland residents.

“We need to go through our normal path to success, which is going to be our way,” Swindel said. “We’re not trying to create paperwork, but we need to do a CBA so we can figure out what funds (can be provided). We agree to provide something. We don’t know what it is.”

Swindel was addressing Henry LaBrie, a developer leasing land from the county at the airport.

LaBrie is planning to develop retail, office and industrial projects that will be leased to future tenants.

As the creator of the Silos shopping center in Beaumont near Tram Road, he also told the Nederland City Council in August the frontage road part of the 50-acre development would be strictly retail, with industrial interests and office space behind it.

At the time, LaBrie said he had three retail customers and one industrial partner ready for contracts but wanted to secure city council support before moving forward — which he has since received.

That local support continued Wednesday, although with some conditions.

Swindel asked LaBrie to fill out a cost benefit analysis (CBA), which the Nederland EDC said would be evaluated by a third party entity.

“Fill out the paperwork, and the sooner you get it to us, the sooner we can get it out and then you can come back and we can make a decision on what (the incentive) is,” Swindel said. “We want to do something. What that is, we can’t tell you sitting right here.”

LaBrie and members of his team present at Wednesday’s meeting expressed satisfaction with the development.

Near the end of Wednesday’s two-and-a-half-hour meeting, Swindel officially stepped down as president and board member following a six-year service run.

Current board member Sylvia Root was nominated and approved for board president. Root is also the Ward 4 representative on the Nederland City Council.