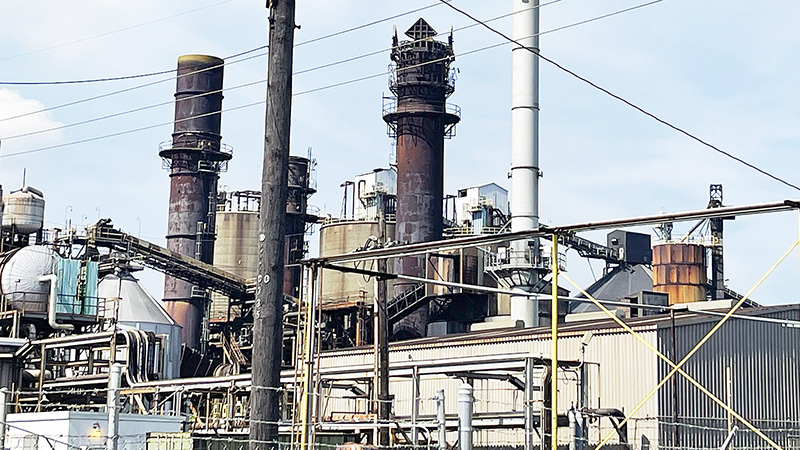 Two months after filing a complaint against the Texas Commission on Environmental Quality, the U.S. Environmental Protection Agency has agreed to investigate actions surrounding a Port Arthur plant to determine if it’s in violation of civil rights.

The EPA on Friday notified Lone Star Legal Aid, which represents the Port Arthur Community Action Network, that it received a complaint Aug. 18 alleging TCEQ had violated Title VI of the 1964 Civil Rights Act by discriminating against the Black residents of west Port Arthur through actions made in regards to Oxbox Calcining.

Passed in 1964, Title VI says “no person in the United States shall, on the ground of race, color or national origin, be excluded from participating in, be denied the benefits of or be subjected to discrimination under any program or activity receiving Federal financial assistance,” according to the U.S. Department of Labor.

John Beard, founder of the local organization, said the violation occurs as some Port Arthur residents are without the means to legally fight companies compromising their health.

“It’s welcome news because we are going to finally have a serial polluter in Southeast Texas investigated for what they’re doing to our lives and health with regards to emissions,” Beard told Port Arthur Newsmedia Monday. “You’re going to have to justify to us that what they’re doing is perfectly alright.”

According to Census data, Oxbow is responsible for 92 percent of Jefferson’s County sulfur dioxide air pollution.

A report from Lone Star Legal Aid says between 2016 and 2019, Oxbow released approximately 22 million pounds of sulfur dioxide each year, making it one of the largest sources of air pollution in the state. Emissions from the plant have been detected in Beaumont and Orange.

Sulfur dioxide can cause a multitude of respiratory illnesses, among others.

The complaint filed in August alleges that TCEQ failed to require modern pollution control devices at the facility on Coke Doc Road.

The EPA on Friday said it would be investigating through its External Civil Rights Compliance Office.

“This decision will directly benefit the residents of Port Arthur, and it is a first step towards appropriately regulating this facility to control its excess sulfur dioxide emissions that are so harmful to this environmental justice community’s health and wellbeing.”

Beard stressed that the intent of the investigation was not to close the plant.

“It’s an attempt to cut down on their emissions,” he said. “You have a right to breathe clean, healthy air.”