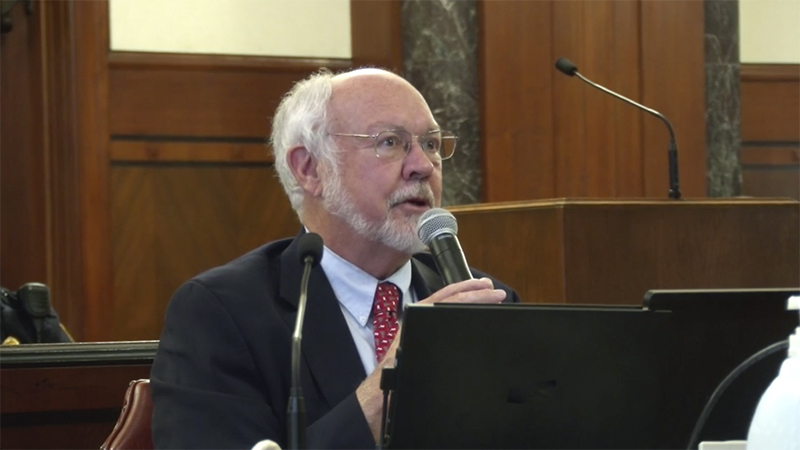 Jefferson County Commissioners on Thursday held an emergency meeting regarding the potential redistricting of political boundaries that include commissioners, justices of the peace and election precincts due to recently released Census numbers.

While no action was taken, it appears little to no change will occur, per information presented by Bob Bass with Allison, Bass & Associates.

“We’re in pretty good shape,” Precinct 3 Commissioner Michael Sinegal said following the meeting as he noted Precincts 3 and 2 will see no change while Precincts 1 and 4 will.

Sinegal understands there is a timeline associated with the process of redistricting. The later the maps are approved pushes back the date for a candidate to file for primaries. That in turn pushes the primary date back.

“It starts the clock on the primaries,” he said.

For Precinct 2 Commissioner Darrel Bush, this is his first time to be involved in redistricting.

“The way it looks Precincts 2 and 3 won’t be affected and there will be very minimal change between Precincts 1 and 4. Commissioners (Vernon) Pierce and (Everette “Bo”) Alfred are working on those changes,” Bush said. “I feel like in this particular situation the needed changes can be easily accomplished.”

During the meeting, Bass presented an initial assessment and explained some of the parameters involved, beginning with concerns over deviation.

“A deviation is when we take the total county population. We divide that number by four and get an ideal precinct size and then we count the population within the existing boundaries with the new Census data,” Bass said.

The deviation, or the raw number difference from the ideal to the actual count, is then reduced to a percentage.

Precinct 1 in the northern part of the county is overpopulated by approximately 3,790 people or 5.91 percent. Precinct 4, which covers another portion of the county including Beaumont, is under populated by 4,906 or 7.65 percent.

These numbers show a deviation that exceeds 12 percent when you add the two percentages together. The maximum allowable deviation is 10 percent.

Precincts 2 and 3 have a low deviation and “don’t really need to be tampered with at all,” Bass said.

Bass suggested moving a boundary at the top of Precinct 1 in the northernmost part of the county toward the west.

No decision was made on Thursday regarding the map.