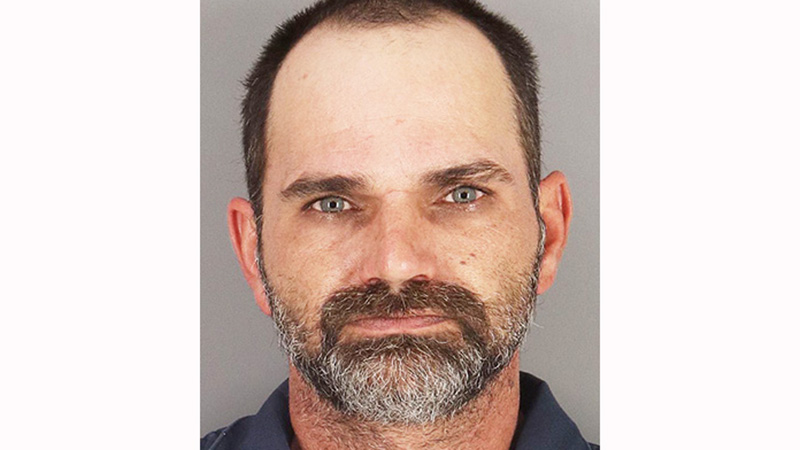 An argument over dog medication led a man to hit a woman in the head with a ceramic dog bowl, which then lead to an arrest, and later, and indictment.

Nederland Police were called Sept. 6 to the 2800 block of Canal Avenue for an active disturbance and found the reported suspect, Clyde Blakeney, 40, bleeding and with a cut to his right bicep.

A female at the scene had a cut to her face and another to her head.

The man told officers they had had a verbal argument over giving a dog medication, according to the probable cause affidavit.

The suspect said the argument began in the dining room, and he followed the female to the kitchen. He said she picked up a kitchen knife so he picked up a blue bowl and struck her in the head while she waved the knife around.

He reportedly told police he was only trying to make her drop the knife. Both parties then separated and police were called.

The woman told police she was cutting vegetables at the dining room table when the verbal altercation began, according to the document. She said she got up and moved to the kitchen, where Blakeney followed her and the argument continued.

He then picked up a toy doll object and began swinging it at her in an attempt to hit her, and that was when she began waving the knife around while telling him to stop.

The woman said the man then picked up a ceramic bowl and began to assault her and she began to swing the knife and cut Blakeney.

The officer said in the report he believed the ceramic bowl could be a deadly weapon when used to hit a person in the head.

Police worried further violence would occur if the two remained on scene together. The man was brought to the hospital for further treatment and medical clearance.

He was then arrested.

This week Blakeney was indicted for aggravated assault with a deadly weapon. Bond was set at $25,000 and he bonded out Sept. 21.