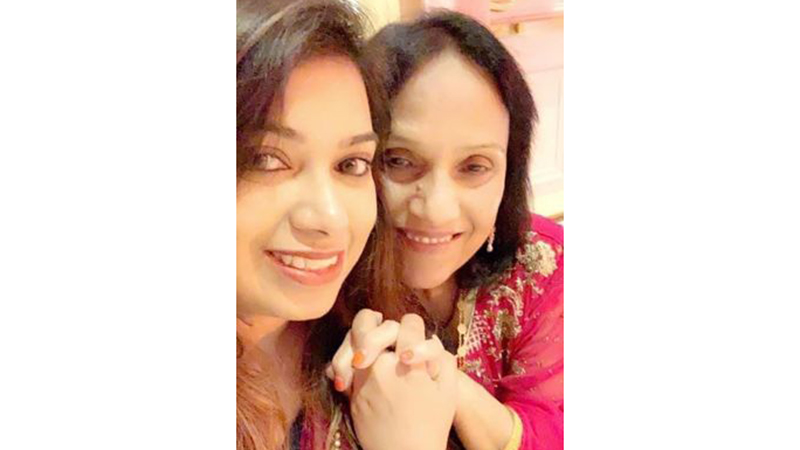 A Port Arthur woman died this week, nine days after family members said she was struck and killed by a motorist after pushing her granddaughter to safety.

According to Zohra, she and her daughter were leaving Anisa’s Lake Arthur Drive home Oct. 3 when the tragic crash took place.

Zohra’s 4-door Toyota Camry was parked along the street with the passenger side facing the street’s residential side.

Anisa always goes outside to see off Zohra when she leaves.

“She said, ‘unlock the car, I’m going to put (my granddaughter) in the car while you get in the car,’” Zohra remembers hearing. “I literally unlocked the car, opened my door, she opens the back door, my daughter puts one foot in the car and I see another car coming straight at us. I screamed, ‘Mom, car!’ She immediately pushed my daughter in the car and shut the door, saved her and that car didn’t even push breaks.”

Zohra said a police report indicated the striking vehicle was traveling “anywhere from 60 to 76” miles per hour before hitting the Camry along a road with a speed limit of 30 mph.

“She hit my car and then my mom was the first contact,” Zohra said. “She took my mom with her car and swerved left so her own car flipped over, which is what saved me. I got an impact. I have bruises all over me. I have cuts, scrapes, everything. I had that adrenaline because I saw my mom fly in front of me, roll over twice and get hurt. I ran immediately to her. While running to her, their car was flipped over, so I opened their door, too, so they could get out of the car.”

Emergency medical services rushed Anisa and Zohra to the hospital in one ambulance. Zohra’s 6-year-old daughter followed in another ambulance.

Zohra and her daughter were subsequently treated and released from medical care, with Zohra adding her daughter is still traumatized from seeing her mother and grandmother covered in blood.

Zohra said her mother fought in the hospital for ten days with multiple injuries, including a broken pelvis, ruptured diaphragm and non-functioning kidneys.

“Just Tuesday, her lungs gave up on her,” Zohra said.

The Port Arthur Police Department released a statement to Port Arthur Newsmedia, indicating the investigation continues into the crash and the wreck reconstruction team has yet to complete its work.

Upon completion, authorities said they planned to send the case to the district attorney’s office for review.

As of this week, no arrests have been made and no citations have been issued.

Zohra said her mom was a best friend to her and her three brothers.

“Every weekend and almost every night we had dinner together,” she said. “It was always my mom’s thing that the whole family eats together. We’re Pakistani. We’re real traditional. She was so happy and full of life. Her life was her kids, and she saved my daughter.”

Attorney Coby DuBose of DuBose Law, who represents the Hussain family, said they are gathering evidence and hope all those responsible for this tragedy will be held accountable.

“We believe Anisa died a hero, saving her granddaughter before a vehicle traveling at high speeds crashed into her,” the DuBose Law statement read. “We trust that the Port Arthur Police Department will conduct a full investigation into the circumstances of this incident so that this family can have justice and closure. Though nothing will bring back Anisa, this family deserves to know everything it can about why and how this incident took place.”