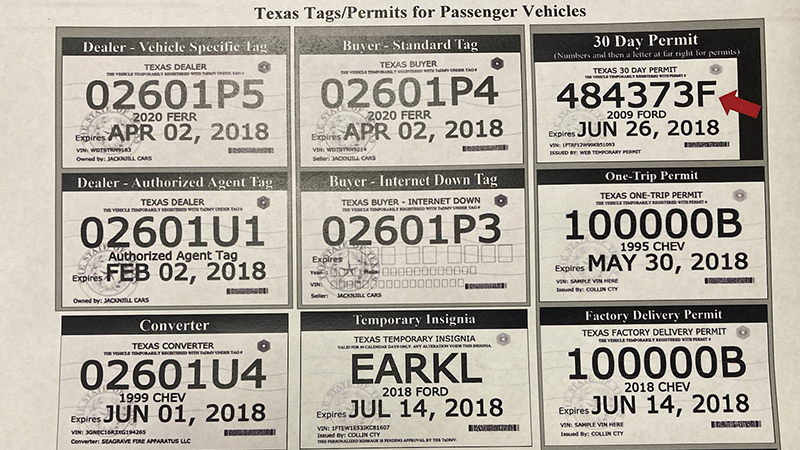 GROVES — A stop of a commercial vehicle in Groves led to the recent discovery of approximately 40 vehicles with fictitious temporary license plates.

Groves Police City Marshal Norman Reynolds Jr. said Sgt. Alex Thibodeaux, on Saturday, stopped a commercial vehicle near Gulfway Drive and Main Avenue that had a fictitious plate. The sergeant investigated from there and found a local trucking company had approximately 40 of its vehicles with fictitious plates.

Reynolds is not providing the name of the company as the case is pending, he said.

The training gave the officer a bit more knowledge and when the situation presented itself, he went above and beyond, Reynolds said.

“We are in the process of working with the company to get their vehicles up to date and in compliance with state law,” Reynolds said.

He added there have been some complaints in the past six months about these types of commercial trucks having paper plates and some not having any plates at all.

“We were already familiar with the situation, and the training educated them (officers) a little bit more,” Reynolds said.

One problem with the fictitious temporary plates is that there are mills that print these out, he said, adding some of the false ones are coming out of Houston, though there is a significant amount in this area.

Another issue is the ones using these are doing so to avoid buying insurance, getting the vehicle inspected and registered, police say.

In addition, some of the vehicles shouldn’t be on the road as they couldn’t pass inspection.