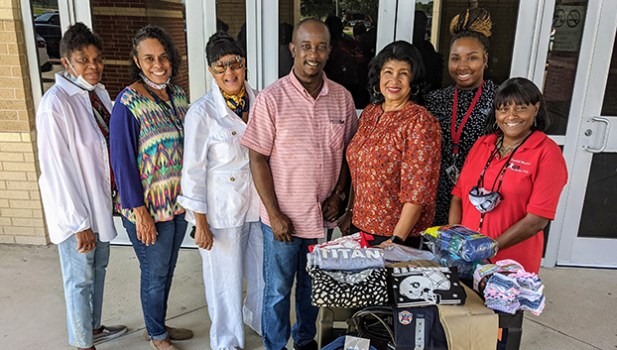 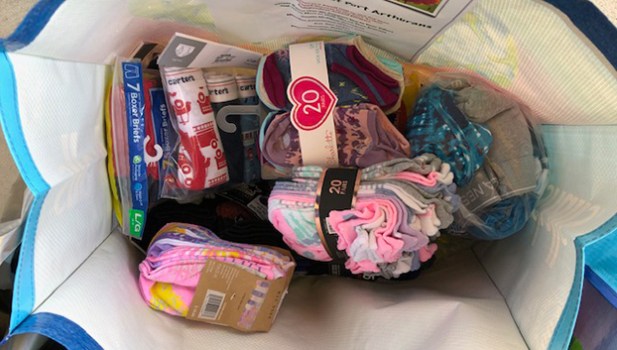 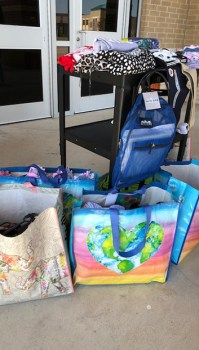 There were hundreds of brand new, requested articles of clothing for students from prekindergarten to high school. (Courtesy photo) 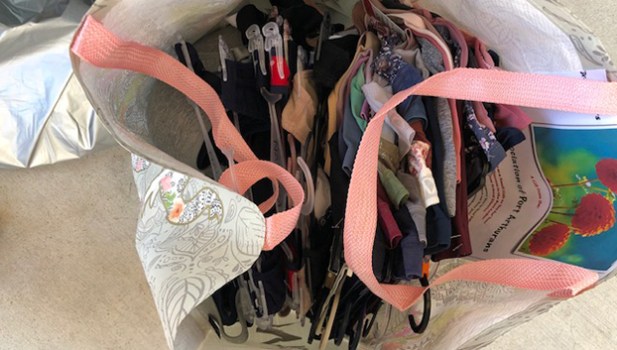 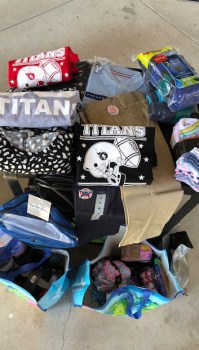 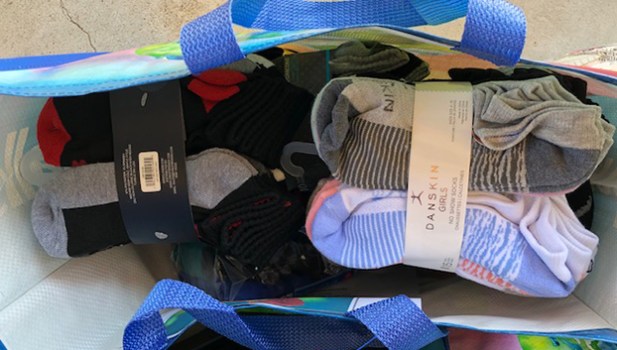 Austin McElroy remembers opening the email from a friend and his reaction when receiving better news than he could have imagined.

McElroy’s friend was committing to a donation of $1,500, which would go in support of underprivileged students within the Port Arthur Independent School District.

McElroy had expressed to his friend, who works in the shipping business, that when you are dressed in something nice and sharp, you feel good about yourself.

“These kids are the same way and they probably learn better when they feel better about themselves,” said McElroy, who serves as Houston Association of Port Arthurans president.

McElroy wanted to know if his friend would help contribute to a $1,500 goal that would complete the group’s initial plan to buy multiple uniforms apiece for 30 children across Port Arthur ISD’s 10 campuses.

A couple mornings after the initial request, McElroy opened his email to a see a full commitment from his friend.

“I don’t know whether to cry or to laugh; this is unbelievable,” McElroy told Port Arthur Newsmedia when asked to recount his reaction to the email.

Another commitment pulled just as many heartstrings for McElroy, who recounted receiving a check from a female Good Samaritan written out for $213.67. The letter included a piece of paper with 16 names on it, itemized with each person’s donation. None of the 16 could afford to give a lot, but together their effort contributed greatly to a worthwhile cause, according to McElroy.

The result of the giving was felt last week in the donation of 85 elementary and middle school uniforms and Titan Spirit shirts to the school district social workers.

There were also hundreds of brand new, requested articles of clothing for students from prekindergarten to high school, McElroy said.

“We are very appreciative of their swift response to fulfill some of the immediate needs of our students,” Lott said. “HAPA’s desire to give back to PAISD, the district many of them were educated in, ultimately supports and benefits their hometown community as a whole.”

McElroy is a Thomas Jefferson High School graduate and son of A.Z. McElroy, the former Abraham Lincoln teacher and coach, school board member and president.

He joined Houston Association of Port Arthurans a half-dozen years ago in an effort to give back to the city he loved and stay connected with community members who care.

He has since sought to modernize the effort by introducing electronic dues payment ($35 a year) and Zoom meetings.

“To get the younger people involved, I knew that we would have to start doing things for the community and being active,” McElroy said. “My idea was let’s approach the school district and see what they need instead of just dropping a bunch of stuff on them that is not necessary. Let’s find out exactly what they need and let’s fill that need.”

“Not only do we need to support the students, we need to support the staff,” McElroy said. “They work hard, and resources are limited. We’re going to send down some things to help with the special needs classrooms. They need headsets because it is real noisy. We’re going to set up and provide that, too, because there is a little money left over and the response has been tremendous. I was blessed to be part of it.”

Those interested in joining Houston Association of Port Arthurans can email houstonassocofportarthurans@gmail.com or visit facebook.com/HoustonAssociationofPortArthurans.

The group, according to McElroy, operates mainly for people who live outside of Port Arthur. There is a National Association of Port Arthurans made up of groups from California, Dallas, Houston and Port Arthur, with Houston serving as the biggest and most active.

“It’s just a $35 a year and it is very well worth it,” McElroy said, noting there is a national reunion every two years with the next one scheduled for Las Vegas.

A major fundraiser — an April white linen party — will serve as the group’s chief scholarship fundraiser.