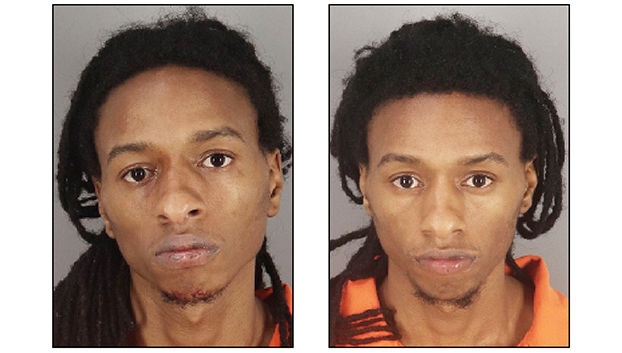 PORT NECHES — Two local brothers are behind bars on $250,000 bond each in connection with a Port Neches man being shot at last six times.

There was a dispute about a piece of property and threats were reportedly made from one of the men to the homeowner, 42, with one of the men saying he was coming to get his property.

The violence began when the brothers went to a home in the 1900 block of Sixth Street in Port Neches at 9 p.m. Friday to get the item.

There was an altercation through the front door with the door being shot and the glass busted, police said. The suspects reportedly then went inside and shot the homeowner, according to Lemoine.

The victim was shot at last six times with a small caliber AR style rifle.

As the men were leaving the home they were met by Port Neches Police Department officers and did as instructed, dropped their weapons and got on the ground, Lemoine said.

Police arrested Devin Tramon McGhee, 22, and Tevin Damon McGhee, 22. The men’s last address was in Bridge City, though they have lived in several other cities in the past.

The victim was taken by ambulance to Christus St. Elizabeth in Beaumont, where he underwent surgery and is in stable condition.