Abbott bans any COVID-19 vaccine mandates — including for private employers 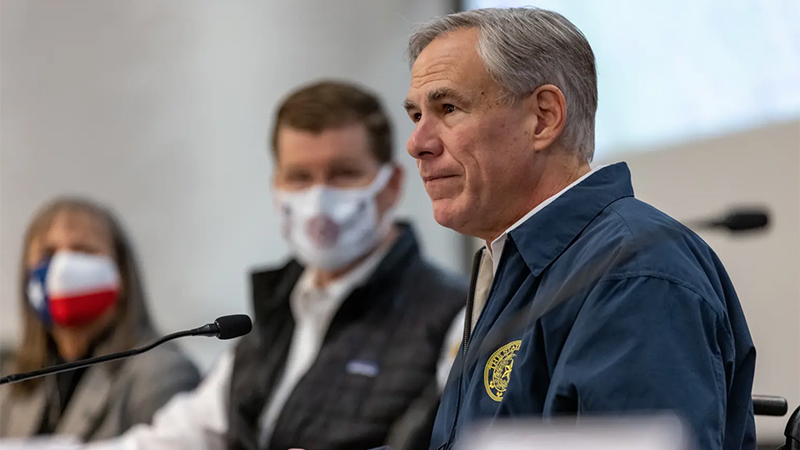 Texas Gov. Greg Abbott on Monday issued another executive order cracking down on COVID-19 vaccine mandates — this time banning any entity in Texas, including private businesses, from requiring vaccinations for employees or customers.

Abbott also called on the Legislature to pass a law with the same effect. The Legislature is in its third special legislative session, which ends Oct. 19.

COVID-19 vaccine requirements by government agencies, cities, counties and school districts were already banned by a previous executive order — which is currently being fought in court by the San Antonio Independent School District.

The latest move appears to be at least partly motivated by President Joe Biden’s actions in September that require all employers with more than 100 workers to mandate vaccines for workers or test weekly for the virus.

Biden also required all federal government workers and contractors to get vaccinated, leading nearly all the major airlines — including American Airlines and Southwest Airlines headquartered in Texas — to announce they’d abide by the mandate.

“In yet another instance of federal government overreach, the Biden Administration is now bullying many private entities into imposing COVID-19 vaccine mandates, causing workforce disruptions that threaten Texas’s continued recovery from the COVID-19 disaster,” Abbott said in his order.

About 52% of Texans are fully vaccinated. Abbott was vaccinated on TV and has previously advocated for people to get the shot. But in recent months — as the delta variant caused another upswing in cases and hospitalizations — he has concentrated his political capital toward fighting vaccine and mask mandates from local school districts and governments.

Abbott issued the executive order early Monday evening stating no entity in Texas can compel receipt of a COVID-19 vaccination by any individual, including an employee or consumer, who objects to such vaccination for any reason of personal conscience.

Abbott also sent a message to the Chief Clerk of the House and Secretary of the Senate, adding this issue as an item to the Third Special Session agenda.

The executive order will be rescinded upon the passage of such legislation, according to Abbott’s office.

“The COVID-19 vaccine is safe, effective and our best defense against the virus but should remain voluntary and never forced,” Abbott said in a released statement.

— Information in this report was written by Rebekah Allen of The Texas Tribune, a nonpartisan, nonprofit media organization that informs Texans — and engages with them – about public policy, politics, government and statewide issues.