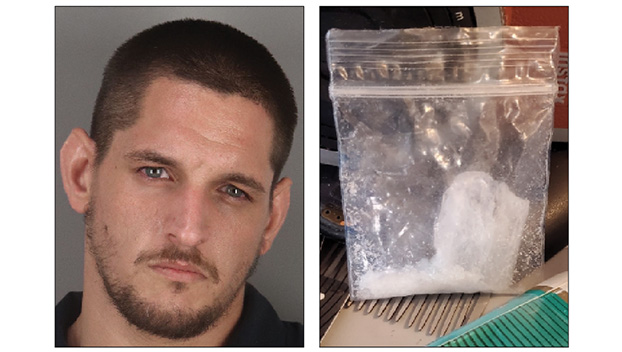 The Jefferson County Sheriff's Office released these photos of suspect Wayne Alen Straway, 31, and a bag of what police said was meth.

The Jefferson County Sheriff’s Office Narcotics Unit executed a narcotics search warrant at 4 p.m. Thursday in the 5700 block of Indian Trails in Beaumont.

The case was initiated after investigators began receiving complaints from citizens about suspicious activity in the surrounding area.

Investigators conducted a search of the residence and discovered 3.1 grams of methamphetamine on the kitchen table.

Straway was arrested for possession of a controlled substance and booked into the Jefferson County Correctional Facility, where his bond was set at $10,000.