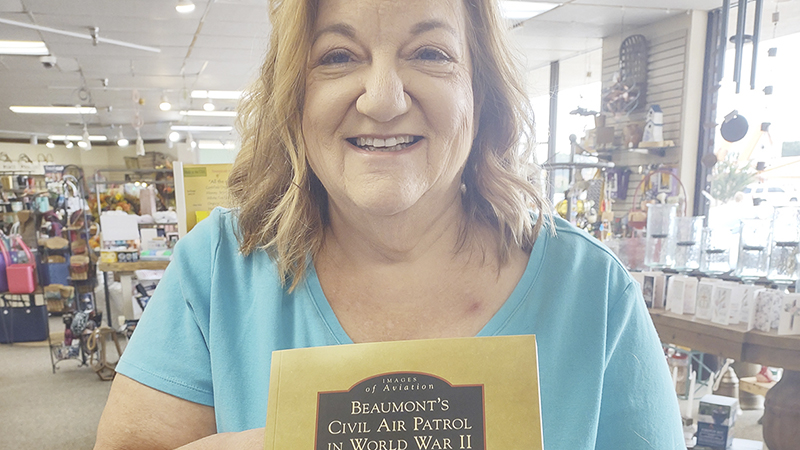 World War II’s deadly battles extended all the way to the Gulf of Mexico and Southeast Texas in the fight for valuable oil.

All but two of the photos from the book are taken from Lamar University’s Special Collections.

Clark’s book discusses how important Texas oil was to the Allies.

The Nazis were very aware of this and sent submarines into the Gulf of Mexico to blow up American ships carrying vital materials to the war. Southeast Texas was devastated by the loss of more than 150 Merchant Marines or men serving on civilian ships.

This destruction spurred the creation of the Civil Air Patrol, in which civilians left from 21 bases located from Maine to Mexico, taking small single-engine airplanes over the oceans protecting ships from attack.

This book tells the story of Base 10, located at the Beaumont Municipal Airport. The work they performed was dangerous, and four men lost their lives.

Clark has a deep tie to the Port Arthur Seafarers’ Center, as Rev. Sinclair K. Oubre was instrumental in providing information on the loss of the Merchant Marines and introducing her to Larry Kelley, whose knowledge of aviation was invaluable to the book.