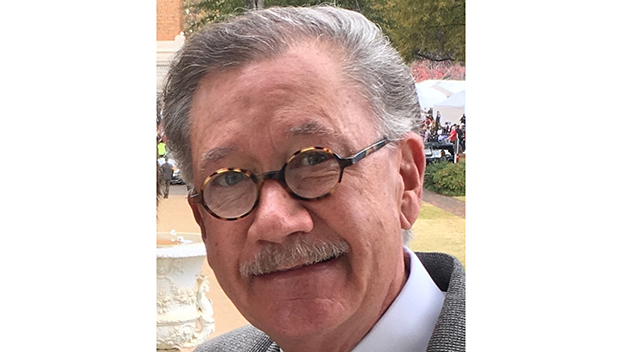 Max Randall Bonnin, a native of Groves, Texas went to heaven October 5 surrounded by his wife and daughter in Dallas after a valiant fight with cancer.

The son of Gene Bonnin and the late Peggy Leachman Bonnin of Groves, Max was born in Port Arthur on May 24, 1954.

A devout Christian, Max proclaimed Jesus as his Lord and Savior many years ago, and always started his day with a devotional.

His progressive career with Baxter Healthcare moved him to California, Tennessee, Florida and Georgia, where he retired as Southeast Area Vice President for Corporate Sales and Marketing.

He took early retirement to fulfill the dream of his late wife, June, to own a country inn.

They settled in Nesbit, Mississippi, just outside of Memphis, and built Bonne Terre Country Inn.

Following her death in 1999 in an Amtrak crash outside Chicago, Max married Linda Hilbun in 2003 in the chapel he built at Bonne Terre in June’s memory.

After selling the business in 2005, he took executive sales positions with U.S. Foods and TopRX.

He later worked at Louisiana State University and The University of Alabama, where Linda’s career had taken them.

At the time of his death, Max and Linda lived in Abilene, Texas.

Max has many friends and colleagues who were touched by his life and his smile.

In addition to his wife Linda of Abilene, and father Gene Bonnin of Groves, Max also leaves his daughter and son-in-law, Ashley and Brooks Igo of Dallas; granddaughter, June Elizabeth Igo of Dallas; stepson and daughter-in-law, William and McKinley Enis of Memphis; sister and brother-in-law, Sandy and Larry Jobe of San Antonio; father-in-law, Larry Hilbun of Memphis, Tennessee; sister-in-law and brother-in-law, Melissa and Larry Bankston of Searcy, Arkansas; beloved rescue dog, Thelma; and a host of friends and colleagues who mourn his passing.

He was preceded in death by his mother Peggy Leachman Bonnin of Groves, on Nov. 19, 2006.

His unique and full life will be celebrated October 12 at 1 p.m. at Christ Church in Memphis, with his final resting place at nearby Memorial Park.

In honor of Max and his rescue dog, Thelma, the family asks that you consider rescuing a dog or donating to Dallas Pets Alive (dallaspetsalive.org)