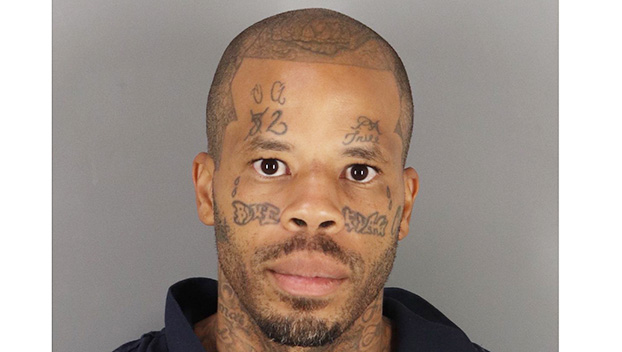 A Port Arthur man was indicted last week for multiple charges ranging from shooting at another vehicle for honking at him, displaying a gun at a local school, threatening to kill a police officer and drug possession.

According to court documents, on June 3 Stevenson was stopped at a red light on 32nd Street and Twin City Highway. When the light turned green and Stevenson’s suburban didn’t move, the vehicle behind him honked to alert the driver.

Both vehicles turned onto Twin City Highway with the victim in the left lane and the suburban in the middle lane.

The victim reportedly noticed the other driver, later identified as Stevenson, yelling at him from the front driver side window of the suburban.

Then the victim reportedly saw the driver pull out a handgun and shoot at his vehicle before the suburban turned onto 39th Street and drove at a high rate of speed.

During this investigation, Stevenson was also being investigated for another incident and was reportedly driving the same green suburban.

The victim initially failed to identify Stevenson from a lineup but called law enforcement saying he had recognized the suspect after seeing a photo of him on a news story. He then identified Stevenson as the one who shot at his vehicle.

Days later, on June 8, Stevenson allegedly appeared on the Memorial High School campus and displayed a weapon in what law enforcement considered a road rage-like incident.

According to information from the Port Arthur Independent School District Police Department, a man was reportedly seen in the parking lot behind the field house at the rear of the school and confronted some of the students, accusing them of trying to race him on the roadway coming to the school.

The man allegedly went to his vehicle and pulled out an assault style rifle and pointed it at the ground. He did not point the weapon at the students but displayed it to where they could see the weapon.

An adult dropping a student off for after-school practice said the man and reportedly told him to stop arguing with the students. By this time the weapon was out of view, according to information from the PAISD PD.

The man got in his vehicle and left.

The incident was reported to the district police and a case was filed on the man, identified as Stevenson, for possession of a weapon in a prohibited place.

Stevenson was also indicted on charges of possession of methamphetamine and retaliation for the June 25 incidents.

According to the probable cause affidavit, Groves Police received an anonymous call of a man possibly selling narcotics at the back of American’s Best Value Inn on East Parkway Drive.

The responding officer allegedly recognized Stevenson from an incident the previous week, where he swallowed narcotics while in the presence of Jefferson County Sheriff’s deputies.

An officer noted a man in the suburban making movements towards the center console and back floorboard.

The officer, who stated in the document she smelled marijuana, placed the man in handcuffs and noticed he had a baggie in his mouth. She said he started to quickly chew the baggie and refused to spit it out while the officers on scene tried to prevent him from swallowing what they thought to be narcotics.

The man reportedly told police he had swallowed marijuana, and then said it was actually cocaine. Worried he might overdose they called EMS and checked his pockets to make sure he didn’t have any other narcotics.

While checking his pockets, an officer reportedly found a cigarette box with meth and also found a brown paper bag with six blue rectangular pills believed to be Alprazolam.

Stevenson was arrested on the meth possession charge and while on the way to a hospital for medical clearance, he allegedly told the officer he would blow her brains out and used a derogatory term.

At the hospital the man was reportedly combative and additional officers were needed to get him out of the back seat of the police unit. During this time a clear baggie with cocaine allegedly fell from his pants, the document read.

Stevenson was arrested again, this time on July 8 on a warrant for the weapon at Memorial High School. While at the Jefferson County jail he was also charged in the July 6 shooting death of Brennon Harlon Lee Flores, in Vidor.

Bridges was shot in the chest during a chance encounter between the two men, police said. Words were exchanged and Stevenson reportedly shot Bridges, who was on a bicycle.

Just four days prior to the 2009 killing, Stevenson was charged with aggravated assault on an unrelated case.

Stevenson remains in the Jefferson County Correctional Facility on multiple charges including the Orange County murder charge with no bond.