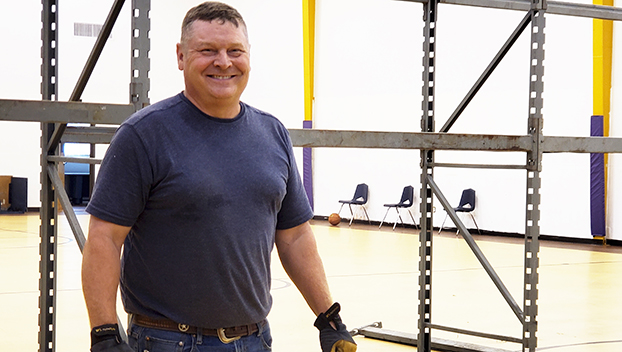 Sean Clifford’s family has a couple of hundred years of experience making whiskey and moonshine in the Appalachian Mountains of Tennessee.

“Up in the mountains, everyone just makes it up in the woods,” Clifford said. “This will be the first legal whiskey operation in my family.”

Clifford is placing the distillery at the site of the former Stephen Jackson Academy at 235 Procter Street. The facility has a lobby area, which will become a tasting center with a storefront selling souvenirs and more.

Just inside the doors of the gym will be a banquet/event area; something that is already sought after for wedding receptions.

Off to the right will be a glass wall so visitors can see the process of making the alcohol. Another area will feature the bottling line and a 135-gallon column still.

Additional shelving and an area to hold the product while it matures will be near the center, and the left wall will hold the different grains and molasses used to create the spirits.

Clifford is not getting rid of all of the vestiges of the gym; he’s leaving one basketball goal for use during a children’s birthday party so when needed. It will be lowered. 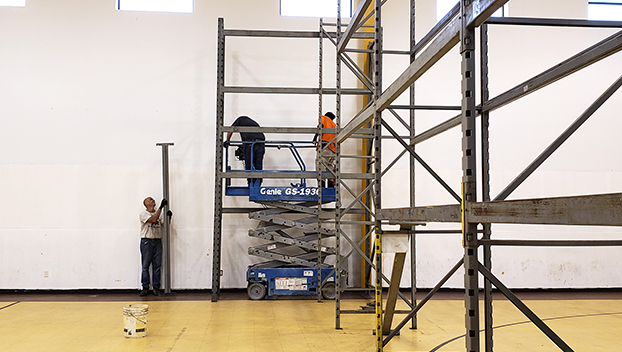 Inside the 8,064 square-feet facility, on a recent rainy day, there is the banging of tools hitting on metal. Clifford and Jabari Duren are on a scissor lift building the metal shelving while Robert Chopane Jr. awaits at the bottom holding a large piece of metal.

“We were supposed to build this distillery in the Hill Country,” Clifford said once at ground level, adding he had backers supporting him.

The Army veteran, now retired, came to Port Arthur through work and lives on Pleasure Island. His neighbor, Morris Albright, convinced him to stay in the city.

He had always heard the phrase to put your money where your mouth is, meaning to take action.

“That’s what we did in the army. We went to impoverished areas and built them back to thriving communities,” he said. “Someone asked me what are you doing to give back… nothing (at the time).”

So instead of the Hill Country he is making Port Arthur the beginning of what he hopes to be a successful venture.

George Davis, interim CEO of the Port Arthur Economic Development Corporation, believes the business will do well in the community.

“He will be hiring Port Arthur residents and paying decent wages,” Davis said. “We do appreciate him coming to downtown. When we first sat down, he said he had investors wanting him to go elsewhere. However, he is in Port Arthur. He has family here and wanted his kids and grandkids to basically grow up and see the family business.”
The Port of Port Arthur actually owns the building and property, while the PAEDC and Port Arthur City Council signed off on an economic incentive contract and loan agreement.

The contract offers an incentive of $162,500 to be used for the building, renovation, purchase of equipment and inventory and infrastructure for the project.

The contract states Clifford Distilling has agreed to continue conducting business in Port Arthur during the term of the contract and promises to employ Port Arthur residents creating a payroll of $655,000 through the contract. 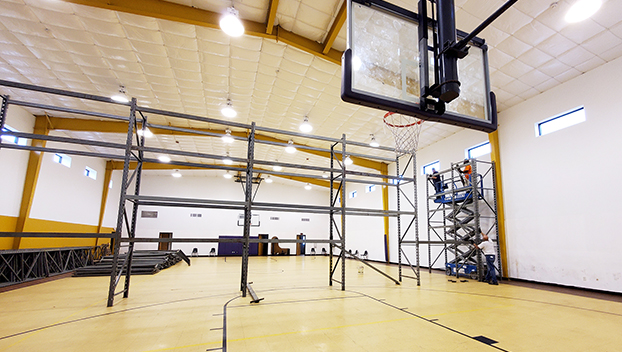 A view of the ongoing work. The shelving is second-hand from a local business. (Mary Meaux/The News)

Information on the products that will be made can be found on clifforddistilling.com, some of which are under the theme of Texas.

He is set to hold a soft opening Jan. 8 and get some distributors to the store, he said.

Texas is a Tier 3 state; one of the most stringent, which means Clifford can’t just go to a liquor store and ask them to carry his products. He must go through a distributor. He’s hoping to have Silver Eagle and Del Papa as his distributors, he said.

The actual opening of the distillery is set for April 21, which is Texas Independence Day and also his birthday.

All whiskeys are 101 proof and made in honor of the 101st Airborne Division at Fort Campbell, Kentucky. All runs are 82 proof in honor of the 82nd division in Fort Bragg, North Carolina.

There are the Texas named spirits: The Gonzales whiskey, the San Patricio rum, the San Jacinto rum, The San Antonio whiskey and The Goliad whiskey.

His next rum will be a Port Arthur based and the label will have the history of the Port of Port Arthur. He also plans to honor other military with new products, allowing military persons to send in an email on why their unit should be honored on one of the products.

Clifford Distilling LLC is a 100 percent veteran owned and operated distillery, he said. 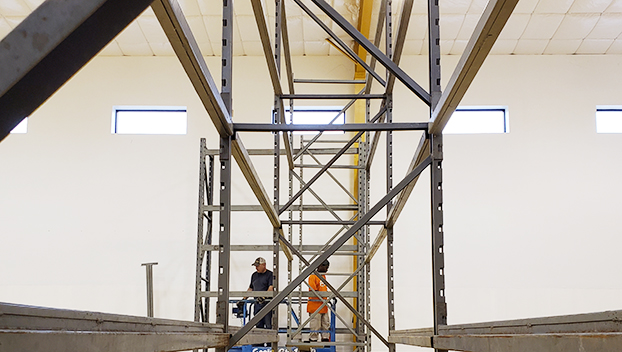 A view of the ongoing work. The shelving is second-hand from a local business. (Mary Meaux/The News)