Kelli Sartin to jury before hearing sentence: “Put me under a prison”

Just minutes after learning she had been found guilty of killing her father, Kelli Sartin took the stand and said, “Put me under a prison. There’s no way I’m ever gonna be the same anyway.”

And life in prison, she said while crying, wouldn’t matter because the prison was “up here,” as she pointed to herself.

It was the first time jurors had heard from the daughter of late restaurateur Charles Sartin, who was found dead Sept. 9, 2019, in a bedroom of his Sabine Pass home. Sartin, whose body was wrapped in a tarp and covered with blankets, had been dead for at least four days, authorities determined at the time.

Following about four hours of interrogation by the Port Arthur Police Department, Kelli Sartin was jailed on a $1 million bond, where she has remained with the exception of appearances in her trial that officially began Tuesday. 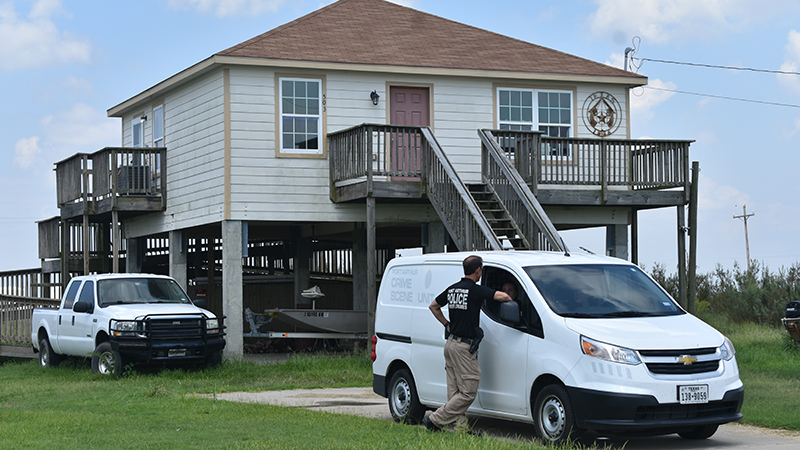 She was examined in jail by psychiatrist Edward Gripon and found competent to stand trial. The punishment for first-degree murder ranges from 5-99 years or life in prison.

Excerpts of the 2019 video interrogation were played several times during the three days of testimony. But on Thursday afternoon, Kelli Sartin said she had no recollection of speaking with officers that morning.

It was just at 4 a.m. when PAPD was called to the house for a welfare check and found the body of the Sartin’s Seafood founder. An autopsy revealed he had suffered five broken ribs and a skull fracture.

At the time, his daughter said he had beat himself to death with his fists, a metal spatula and a rolling pin. Testimony over the three days often referred to Alzhimer’s as the motive.

But at the end of the recorded video played in court, Kelli Sartin admitted to having hit her father at least three times.

Thursday she said he had come at her with a knife, and she was defending herself. When asked if Charles Sartin dropped the knife after being struck the first time, she said she couldn’t recall.

She began her testimony by telling jurors that her parents were wonderful people.

“He was the best father that anybody could really ask for,” she told defense attorney Tom Burbank. “I think my brother said it best — my parents taught us everything except how to live without them.”

She said on Sept. 4, 2019, her father was struggling with a bout of dementia due to his Alzhimer’s when he attacked her with a knife, prompting her to defend herself.

When asked if he dropped the knife after being hit the first time, she said she couldn’t recall, referring to the entire event as a “blur.”

He did not die immediately after the attack, she said, so she used a shower curtain and the rod to put him in the bed, where his body was ultimately found. She said she cared for him, tried to feed him and gave him medicine.
When asked by Burbank why she didn’t call authorities, she said, “I just didn’t want to let go. I couldn’t part with my dad.”

Knowing how disappointed her family would be and how unbelievable the situation seemed, was another factor, she said.

He asked if her father had lived with someone else and she found him bruised, beaten to the point that his ribs had separated and skull was fractured, and was left for dead in a bedroom; what would she want?

“What every daughter would want,” she said. “Justice for her father.”

The jury returned a sentence of 81 years and no fine.

Charles was 81 at the time of his death.