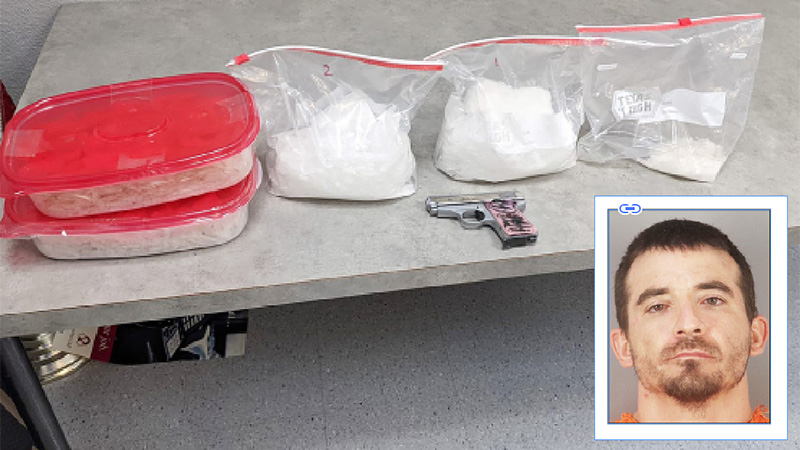 Port Arthur Police Department and Jefferson County Sheriff’s Office personnel worked in tandem to conduct a stop in the 5200 block of Highway 73 for traffic violations.

The pull-over took place at approximately 10 p.m. Thursday and led to an arrest, meth discovery and a firearm confiscation.

During the course of the stop, Det. Sadie Guedry said K9 Duc was deployed and utilized to sniff the exterior of the vehicle.

The K9 alerted to the presence of a narcotic odor coming from the vehicle, and a search yielded approximately 8 1/2 pounds of what officers suspected to be methamphetamine, according to Guedry.

In addition, a handgun was also located inside the vehicle.

The substance found during the traffic stop tested positive for methamphetamine.

The driver of the vehicle was identified as 35-year-old Paul Bartee, of Groves.

He was arrested and charged with manufacture/delivery of a controlled substance penalty group 1, which is a first degree felony.