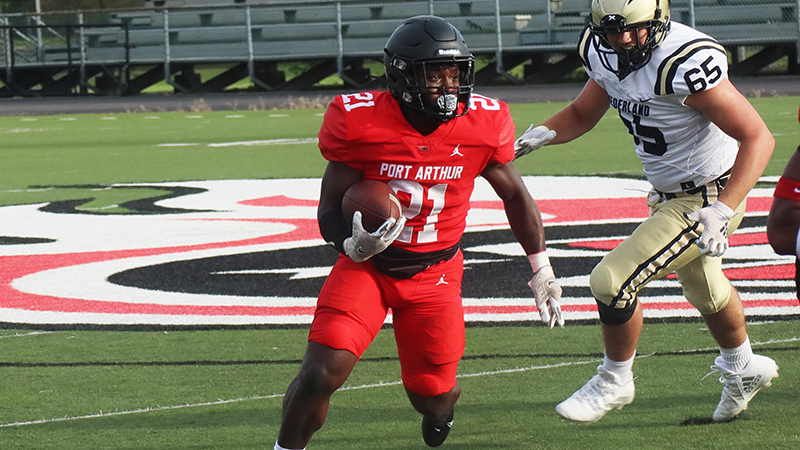 After their first regular season loss in nearly two years, the Memorial Titans are eager to get back on the field Friday against La Porte.

“I think we feel good for district, but I don’t think anyone around here is in a good mood after the loss to Crosby by any means,” Memorial Head Coach Brian Morgan said. “The guys are focused in and I think we understand what we did wrong in preparing for that game. We are ready to go this week.”

Morgan thinks some players started feeling a little too good after big wins over Lancaster and Barbers Hill to begin this season.

“I don’t think the expectations for the team changed any,” he said. “We had some lack of focus and attention to detail and riding a little too high coming into the game. Internally, we saw that and understand that game doesn’t have any bearing on the rest of the season. But Crosby did a good job and played better than us that night. That doesn’t change anything around here. If anything, it has refocused us.”

While Morgan said he did not want to lose any games, the wake-up call came at the right time for the Titans.

“Sometime when you are getting all of this positive talk, it is hard to kind of bring that into perspective on a week-to-week basis,” he said. “When you play a good team, it bit us a little bit. Seeing everyone’s demeanor and mindset this week, everyone is focused. They are some really pissed off kids that are ready to go.”

The Titans start District 9-5A Division I play Friday with La Porte.

The Bulldogs are 0-3 on the season with their most recent loss coming in a 49-23 decision at the hands of Clear Brook.

“(La Porte) has a new coach,” Morgan said. “With that comes some refreshed energy. He came from Crosby, so they know what they are doing there. They are sound on both sides of the ball and can get after the quarterback. They are going to come in here and expect to win the game, so we are going to have to be ready and play well.”

The game will kick off at 7 p.m. Friday at Memorial Stadium.

Those who can’t make it to the game can watch on the district’s Facebook page.