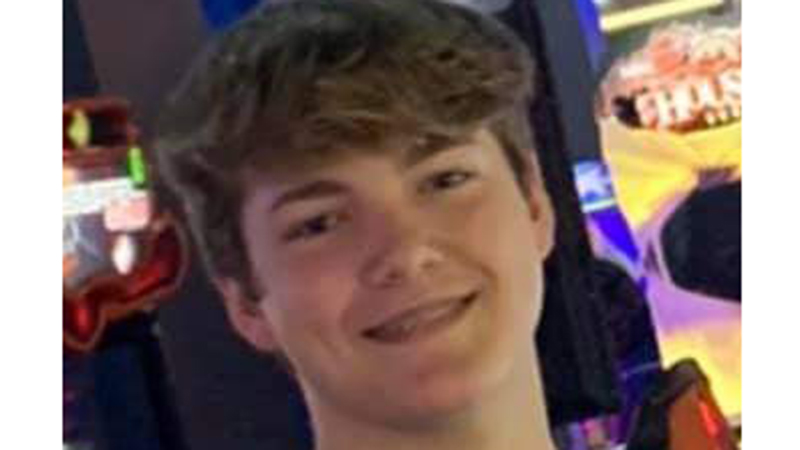 NEDERLAND — Hunter Guidry was surrounded by love in the final hours of his life.

The 17-year-old Nederland resident died Wednesday, 10 months after he was diagnosed with Glioblastoma, an aggressive form of brain cancer.

Family friend Carrie Hackbarth was there in those final moments, saying the strength displayed by Hunter and his mother, Andrea Guidry, will never be forgotten.

“Andrea was telling the friends that were there that they needed to go be by Hunter and tell him that they loved him because she wanted them to have that closure,” Hackbarth said. “I just thought, ‘what a selfless mother; what a loving woman.’

“Hunter changed all of our lives, but (Wednesday) changed everything. All of us in that room with Hunter, when we saw Hunter transition to Heaven, changed for the better. I am honored to have known him, to have helped take care of him. I could go and on. He is just a great kid.”

Guidry, when contacted by Port Arthur Newsmedia, deferred comment to close friend Hackbarth before adding she was appreciative of the love the community had shown her son.

The Nederland High School student was a highly energetic kid who loved his friends, family and football.

Principal Natalie Gomez said Hunter was a good student with a positive attitude who worked hard in his classes.

“Hunter’s presence brightened his classrooms, and he was well-loved by all of his classmates,” she said. “He was a tough and resilient young man who showed more concern for his friends and family than himself in light of his condition. We are extremely proud of Hunter, and he will never be forgotten, as he was a shining example of what it means to be a Bulldog.” 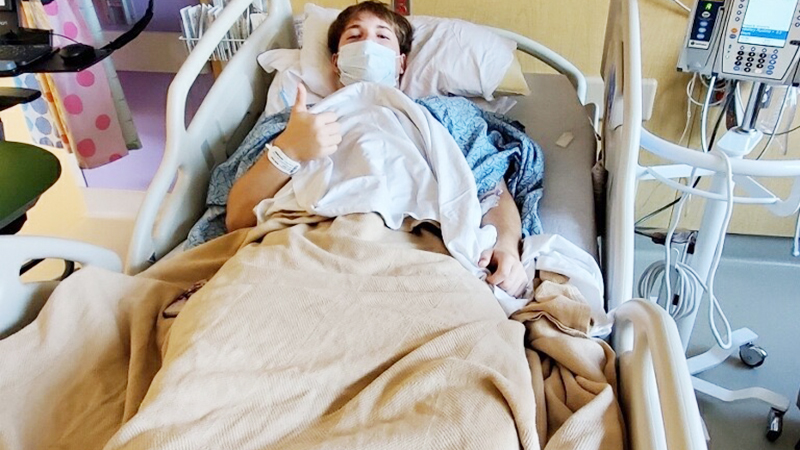 Hunter turned 17 in November, but it was a month earlier that he began getting a little numbness in his face and it started to spread.

His mother was concerned and took him to the emergency room, where she was told he had an ear infection and was prescribed anabolic steroids.

The numbness spread down the left side of his body, prompting another trip to the ER, where a CT exam and an EKG were performed, along with blood and urine analysis. The family was told nothing serious was wrong.

It got to the point that Hunter’s blood flow began dragging and he couldn’t use his left arm.

Next, he went into see a neurologist at Texas Children’s Hospital, where an MRI was ordered and a brain tumor was discovered.

On Dec. 22, Hunter underwent 10 hours of brain surgery to remove as much of the tumor as possible.

More treatment, family prayers and community support followed, but Hackbarth said it was ultimately Hunter’s decision and choice not to continue chemotherapy.

He spent the last weeks with family and friends, including a close group from Nederland High School.

Hunter was known for his witty nature — someone who could make a funny remark to defuse a difficult or awkward situation.

“They are not followers, they are leaders,” she said. “They don’t drink, they don’t smoke, they don’t go to parties. They are just awesome kids. I’m going to miss that for my child. I feel this is a once-in-a-lifetime friendship. Hunter will never be replaced.”

Fundraisers and community support filled much of the past few months as numerous old and new friends supported Hunter and his family in the fight against cancer.

Hackbarth described the response as amazing, pointing out the donations of thousands of dollars, photography, countless meals, labor to build a wheelchair ramp, a tattoo filling one of the teenager’s final wishes and free legal services that allowed Hunter to be officially adopted by his stepfather.

“It has been an outpouring of love,” Hackbarth said. “I hope that doesn’t stop. The family is going to need support emotionally.”

Earlier this year, Guidry told Port Arthur Newsmedia her son was handling his diagnosis and resulting long odds “the best as you can” like an adult.

“He is, of course, heart broke but wants to fight,” she said. “We’re going to try and raise enough money to do another treatment that insurance doesn’t cover. And pray for the best. He loves sports. He loves his church. He is just a big-hearted teenager. He’s a good kid.”