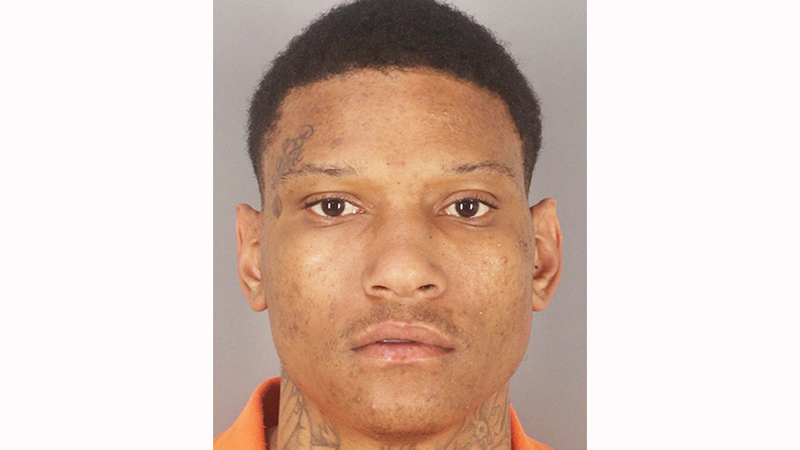 BEAUMONT — A vehicle stolen from Port Arthur, numerous armed robberies across Southeast Texas and a Lisa Simpson-emblazoned hoodie all played roles in taking down a robbery crew that terrorized the region early this year, authorities said.

Moses Ray Rhine Jr. pleaded guilty this week robbery and brandishing a firearm during a crime of violence in front of U.S. Magistrate Judge Zack Hawthorn.

A federal grand jury indicted the 21-year-old June 2, and he faces up to life in federal prison.

His sentencing hearing will be scheduled following the completion of the U.S. Probation Office’s investigation.

“Rhine and his crew robbed convenience stores across the Beaumont community,” Ganjei said. “Thanks to the excellent work of ATF and Beaumont Police, this robbery crew has been neutralized and their robbery spree has been brought to an end.”

A Department of Justice release this week about Rhine’s plea did not mention any co-conspirators by name or update their potential statuses in the legal process.

According to court documents, from Jan. 11 through Jan. 21, Rhine and others conspired to commit armed robberies of at least five convenience stores in Southeast Texas.

Each store was equipped with functioning surveillance cameras that recorded the robberies.

According to Ganjei, Rhine confessed to his role in the robberies during interviews with local and federal agents.

A pair of navy blue sweatpants, among other identifiers, helped lead law enforcement to a suspect.

The suspect, Rhine, was indicted by a Jefferson County grand jury in February on four counts of aggravated robbery, including one where he and two other men reportedly used a vehicle stolen from Port Arthur.

The crime spree for which Moses was indicted began with the Jan. 12 aggravated robbery of the Express Mart No. 4 at 11755 Texas State Highway 105 in Beaumont.

According to the probable cause affidavit, at 9:43 p.m., one person acted as the door watch while two individuals entered the store. One, later identified as Rhine, was wearing a black hoodie with a large Lisa Simpson picture on the back, navy blue sweat pants, dark colored shoes and a white mask covering his face. He was holding a semi-automatic handgun with an extended magazine.

A gunman demanded cash. The individuals stole approximately $281.88 and fled the scene with the man at the door following them.

The robbery was captured on security video.

The gunman, along with two other people, demanded cash. The three individuals then fled the scene after obtaining approximately $2,059.

While reviewing the video, a white Honda Pilot SUV was seen driving through the parking lot minutes before the robbery. A sheriff’s office detective-investigator conferred with Beaumont Criminal Investigations Division and when shown still video images, the detective identified the gunman due to previous interactions with him, the document read.

On Jan. 19, a convenience store in Chambers County was robbed and JSCO obtained video from their robberies. It was noted the same tall male wearing navy blue pants was the gunman, along with two other people.

On Jan. 21, BPD officers located a suspect on Elgie Street, which is the suspect’s last known address. The vehicle left the residence and offices were able to stop it after a brief pursuit.

A search warrant was obtained and conducted at the Elgin Street home, where navy blue sweat pants similar to the pants worn by the gunman in both robberies was located, as well as tobacco products matching the same type stolen from Cowboy Travel Plaza.